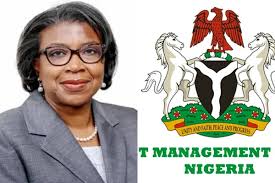 The Debt Management Office (DMO) has disclosed that Nigeria’s total public debt stock for the second quarter of the 2022 has risen from N41.60 trillion to N42.84 trillion.

The total debt is said to represent the domestic and external debt stocks of the Federal Government of Nigeria (FGN), the 36 State Governments and the Federal Capital Territory (FCT).

Through a statement released on its official website, on Tuesday, DMO, said that while the foreign component of the debt remained at the same level of N16.61 trillion, the local component has increased to N26.23 trillion.

The agency disclosed that the debts records were obtained from multilateral lenders such as the World Bank, International Monetary Fund, Afrexim and African Development Bank, and bilateral lenders including Germany, China, Japan, India and France.

It said that the total public Debt-to-GDP ratio remained within limits, at 23.06 per cent, while Debt-Service-to-Revenue was still high and that the federal government was committed to increasing revenue so as to reduce the amount that went into debt servicing.

As gathered, the local component of the country’s borrowings was N24,98 trillion (60.1billion dollars) as at March 30.