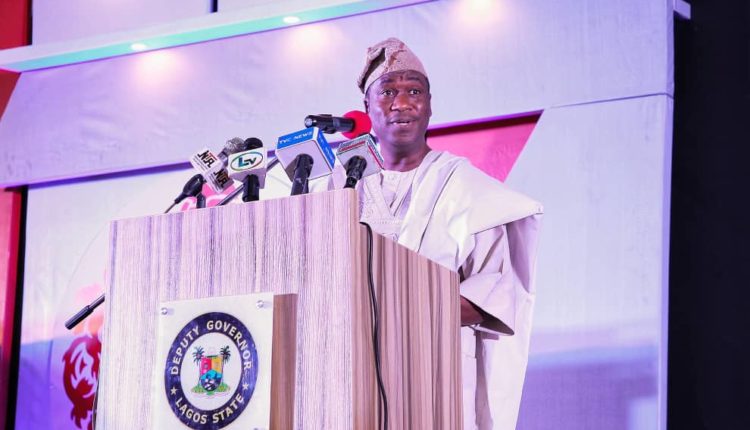 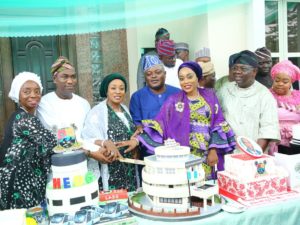 Lagos State Deputy Governor, Dr. Kadri Hamzat, on Friday said that Nigeria is blessed and none of its citizens should have any reason to be in the poverty net.

Hamzat added that if its leaders and the citizens irrespective of tribe, religion, profession or gender eschew illicit act and engage in what is right always, the country would be better for all.

The deputy governor stated this at a special prayer session organized to commemorate his 55th Birthday held at his official residence in Ikoyi, which was attended by Wife of the State Governor, Dr. Ibijoke Sanwo-Olu, Speaker, Lagos State House of Assembly, Mudashiru Obasa and others.

He stated that Nigeria is a country that has no business with poverty if her citizens have followed the instructions of God by being godly and doing what is right and ideal always.

According to the deputy governor, “we are blessed but for some reasons, we have not done what God has asked us to do, that is why we are the way we are. If only we have done what God expects from us all, the country will be a better place”

Hamzat, who bemoaned the high level of indiscipline and social vices in the country, further urged citizens to be responsible in their various endeavors and activities.

Speaking further, Hamzat, therefore, urged religious leaders in the country to always advise their followers to shun negative attitudes, adding that no matter the numbers of roads constructed, schools built, or power generated, if the users are not well oriented towards being a great country, it will all be a waste.

“The government must build schools, better infrastructure and definitely people are going to use them.  But if those people using the infrastructure are not well oriented, we will have a challenge.”

He noted that both the government and citizens all have responsibilities in making this country great and building a better future for generations yet unborn.

The deputy governor added that the country will be good and habitable for all if we all care for our neighbours as admonished by the two Holy Books and not being self-centered.

The deputy governor further disclosed that his birthday message is focused on parenting as the biggest challenge of this country is our behavior. He stated that we need to pay more attention to parenting, the family structure determines the success of a society, noting that once the family structure breaks down, the society breaks down and everything goes wrong with the country.

While reiterating the need for parents to bring up their children with moral values as most parents have abandoned these responsibilities, he advised them to teach them morals, family values, and hard work.

Speaking on the topic, “Governance in Islam”, the Guest Lecturer, AbdulAkeem Lawal called on the government to create an enabling environment for business to thrive in order to create employment for Nigerians.

He stated that it is the responsibility of government to be responsive to the needs of citizens adding as such that the administration of Babajide Sanwo-Olu should be alert to its responsibility by ensuring that its deal with all in fairness and justice.

While commending the state government for his successes in the last 100 days in office, urged the state governor to fulfill all its campaign promises to the good people of Lagos State.

Speaking further, the cleric stated that birthday celebration is an avenue of thanksgiving for preservation of life and stock-taking as well as stocktaking on one’s level of compliance to Allah’s directive.

He added that whatever one does in a position of authority is as an act of worship to God and is done as a representative of God and will give account of his/her stewardship to the Almighty Allah.

I put knife in their private part after sleeping with them – Suspected Rivers serial killer,David-West