WHO advocates for better Coronavirus prevention after… 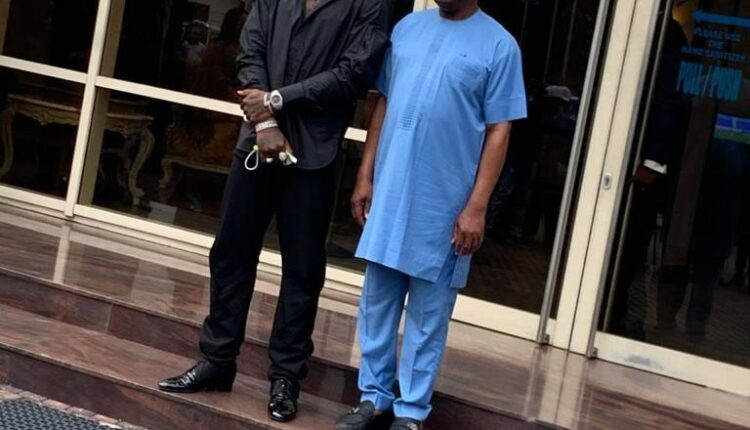 Nigerians from all walks of life have taken to social media in criticizing River State Governor, Nyesom Wike, for announcing N10 million cash gift for Grammy award-winning artiste, Damini Ogulu known as Burna boy, and others who performed at his homecoming concert in Port Harcourt.

They argued that the gesture by the governor amounts to reckless spending and that announcing such donations when teachers were being owed salaries was irresponsible.

Some Nigerians also noted that the gift was unnecessary for a state that has failed to pay gratuity and pensions of retired civil servants.

Two weeks after winning the coveted price, Burna boy, his family members, and his management team visited his home state where he was joyously received by the state government, as well as other music lovers in the state.

In a bid to honor and celebrate the Grammy award-winner, the state government organizes a homecoming party for him where he promised to gift N10m to Burna boy and others.

Speaking during the homecoming concert which took place at Port Harcourt, the state capital, Wike announced that all musicians who performed at the event would go home with N10 million each.

Speaking during the event, the governor said that “those of you who have come to play, whatever you have agreed with the ministry of culture and tourism is not my business.

But reacting to his announcement on the social media page, a user, @BrianJDennis, said that rather than blame the artiste, the governor

“Just saw a tweet where someone said that Burna Boy was cheering Wike for spending taxpayers money. Governor brought the man to town in a private jet, gave the man a landed property and you want him to object against the Governor publicly. Una sabi lie for this app.

“I’m not even saying what the Governor did is right or wrong. It’s the stupid comments asking Burna Boy to do activism that’s making me laugh. Burna Boy should reject a gift from the Governor to please you. Lmaooo. Truly, nothing wey person never see,” he wrote.

Another user with the handle @realdaddymo1 wrote, “when they say Nigerians deserve the leaders it gets, this is part of why they say that. Gov Wike is so confident and unashamed to be paying artistes from government funds and people are hailing him but turn round and also criticize corruption in the same breath?.”

On his part, @Letter_to_Jack, “Is this him wasting taxpayer money and getting cheered, or is this going to be from his personal account? Wike gets away with nearly everything all other governors get angrily criticized for. I wonder why it’s like that??”