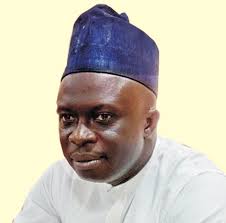 Nigerians are currently reacting to viral videos in which guests at a hotel in Aiyepe, Ogun State, Pavilion Hotel and Suites, discovered hidden spy cameras in their hotel rooms. Many are calling for the investigation and prosecution of the owners of the hotel.

While many believe it was wrong, a lady based in Lagos, Ada Ukpai, saw nothing wrong with the cameras in rooms. She said: “You may not like it, but hidden cameras have helped the hospitality industry to boost customers’ confidence. It has unravelled rape cases. It has its own advantages.  I have stayed in hotels in Asia and Pacific and other terrorists hotbeds like the Middle East. Cameras are must- have.

“In Israel, in one of the hotels I stayed as the first time visitor, I noticed lights still blinking on the ceiling of my bedroom, it’s a suite. I got up from bed to try switching them off. No way. The next day my friend who was not even allowed to enter my room (security concerns is a big issue) said the lights are security lights. It’s normal.”

The National Deputy President of the Federation of Tourism Associations of Nigeria (FTAN) and also an hotelier, Alhaji Aliyu Badaki, described the development as unethical and worrisome. He said further: “I don’t know why a person will come to a hotel without having his privacy. It is uncalled for and they need to pay for it. The Nigerian Hoteliers Association (NHA) should look into the case. They should visit them, hear from them, and know the reason why they had to do that.

“If I am in a hotel and I can’t have my privacy, what is the essence of going there?  If you put cameras along the corridors and all those service areas, it is still expected, but in my room, it doesn’t make sense.”

Asked whether the hotel could have put the spy cameras for security purposes, Badaki said: “I am sure, in a primitive way, just in case anybody is tampering with their hotel property in the rooms, they will have records of it, but it is not done. There are so many ways you safeguard all these things so that they cannot be stolen or vandalized, not to infringe into a person’s privacy.  In this age of the social media, a person can be in the room, and they will put that person online.”

Also speaking on the issue, the FTAN Vice President in charge of the South West, Otunba Ayo Olumoko said: “I saw 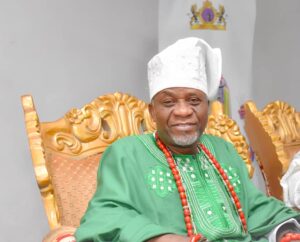 the video this morning and I have dispatched the Ogun State chapter executives to go to Aiyepe and get firsthand  information about the incident. It is never done anywhere, more saw at this time people are responding to our calls for them to patronize local hospitality outfits. If found culpable, the owners should be prosecuted.”

Reacting to the issue however, top Nollywood actor, Femi Branch has called on the Nigerian police to, as a matter of urgency, arrest the owners of the hotel. Branch described the discovering as a serious matter that needs thorough investigations because of the security implications. He said: “Guys, we need to be vigilant. This camera in a hotel matter, the way all of us are laughing over it…  It’s not a funny matter. Why will somebody put a camera in a hotel room? What is the motive? I am calling on the Nigerian police to arrest the owner or managers or operators of  Pavilion Hotel and Suites, at Aiyepe, Ogun State, for a thorough investigation concerning all the guests that have lodged in that hotel, to find out whether any of the guests, after leaving the hotel, got robbed, murdered, kidnapped or anything like that. 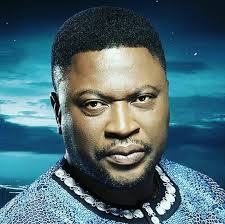 “Because when you are in your room, you are making phone calls, disclosing confidential information; you might have money spread around the room. This people could have gotten all manners of information from these cameras in bedrooms.  Forget about whether the saw you sleeping with your girlfriend or wife, saw you naked or saw your wife naked.  That is trivial. Imagine all the other information that they might have gotten from your conversations in those hotel rooms and what they could have done with all of those information.

“Do we know whether anybody has lost his or her life after lodging in that place? Maybe once they got the information that you have any money or going after any deal, they send armed robbers after you. Anything could have happened.”