Tinubu -Aregbesola face-off: A test of loyalty and betrayal 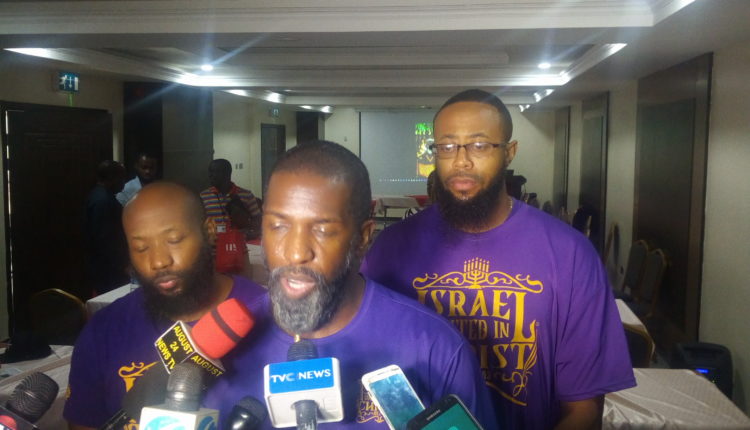 An american based Christ preacher organisation, Isreal United In Christ (IUIC), has traced Nigerians root of origin to Isreal, sharing direct bloodline with the earlier people of Isrealites, as claimed to had been cited from biblical accounts and other historical evidences.

In its claim, the body explained that Nigeria and Isreal have several similar documented customs and traditions, pointing to common ancestry and bloodline relationship, which could make Nigerians be regarded as members of present day Isrealites.

The Bishop, IUIC, Nathanyel Isreal, said that Nigerian traditions had been passed down from generation to generation, both orally and otherwise, and that commandment on present day  was given to Isrealites in the Bible, as was Nigerian practice of  circumcising male children on the eight day which also had biblical roots.

Speaking to newsmen on Tuesday in Lagos on mission of the group in Nigeria, Isreal stated that historical books recorded how Roman occupation, from reigns of Pompeii and Julius Caesar, cleared an estimation of over a million black jews and forced them into slavery in Africa, while others migrated to Egypt, and also West-African countries, including Nigeria.

To him, there is need for Nigerians to identify their root of origin so as to enable them embrace peace and unity irrespective of  individuals or groups ethnic identities, adding that, right identityt of citizen could boost physical, economic and societal awakening of  people, and growth of the country.

“It has been proven that there is no people called Nigerians, rather, you all are Isrealites; direct, blood descendants of the Isrealites in the Bible. The Bible has documented many instances describing the physical attributes of figures like Jesus, Joseph, Mary, Job, Moses and Solomon, to name a few, and it has been established that they were all black,”

“Also, in 1930, research carried out by a team of professors from Duke University gave rise to the book, ‘The lost tribes a myth’, which published research results proving that blood descendants of Isrealites lived and had communities all across Africa, and made suggestion that the history of jews, especially concerning the lost 12 tribes of Isreal, needed to be re-written to make note of the fact that these ‘lost tribes’ were actually in Africa”.

The clergy man described the group’s mission to Nigeria as one to propagate a message of love, peace, unity and self awareness to Nigerians, and that the IUIC’s aim was to help steer the country from its present path of pain, terrorism, crime and self-destruction, through teaching historical and biblical truths to the people.

“Our message is one of love, peace and truth. We are here to enlighten our brothers and sisters on the truth of our heritage as Isrealites,”

“It is important to note that the understanding of one’s history  is to know where one is coming from, why one is where he is and what steps are necessary to bring that person back to the right path of peace and prosperity,”

“Thus, we believe that if Nigerians would realise and accept their true identities,  only then will the people be able to throw off the yoke of oppression cast on them by those who colonized them and sold them into slavery, and flourish in the Most High’s promises for them”.

Isreal had disclosed IUIC’s decision to start a church  in Nigeria, and had explained that the church would be platform through which the body’s message of love and truth, would be taught to all Nigerians.

“Yes, we would be starting a congregation here in Nigeria, to teach this message, this truth that we preach, and to ensure that our brothers and sisters come to a realisation of who they really are, and of the power that we all wield as Isrealites in this world that we are in today,”

“Our message to our Isrealite brothers and sisters, living in Nigeria, is one of peace, love, and prosperity. A message of self-love and unity across all lines of division. Our message is to bring us all together, and make us all whole again as members of the twelve tribes of Isreal”.