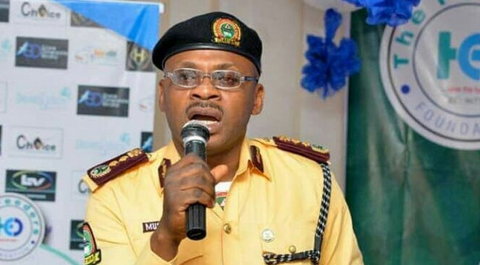 The Lagos State Government has expressed anxiety over the possibility of increased coronavirus incidents in the state, saying that continued disregard for the advised viral pandemic preventive measures would result in a spike in recorded disease cases in the region.

It said that the directives on social distancing were aimed at reducing spread of the viral infection among the people, and noted that state residents’ disobedience to the advised measures had significantly increased the risk of community transmission within its borders.

The General Manager of the Lagos State Traffic Management Agency (LASTMA), Olajide Oduyoye, decried Lagosians’ disobedience to the state instituted coronavirus preventive measures and stated that the social distancing directives had been implemented in best interests of the people.

Oduyoye, while speaking to newsmen on Wednesday, revealed that the agency had noticed marked disregard for social distancing among commuters at bus stops as well as the prevalent non-compliance of commercial bus operators in the state.

He decried the actions of drivers who would carry passengers higher than the required number of commuters per trip, saying that such commercial bus operators and travelers were placing themselves, and others, at risk of infection.

According to the general manager, the agency had also noticed a rise in activity of commercial motorcyclists despite the existing ban on operations across the state.

“The awareness has increased but the non-compliance by privately owned public bus service operators is worrying. Okada operators are also being sneaky in spite of a total ban on their activities. We have confirmed reports of operations in areas like Egbeda, Apapa, and Itire axis,”

“So far, it is the Keke Marwa (Tricycle) operators who appear to be supportive and carrying the maximum of two passengers allowed. We pray they keep it up”, he said.

Oduyoye urged transport operators and commuters to cooperate with the state government in its drive to curb incidence of the deadly global pandemic among its people, adding that acts of disobedience to law and order would be addressed by relevant enforcement agencies and punished accordingly.

He assured Lagosians of government’s commitment to ensuring safety of lives and properties and said that the Sanwo-Olu led administration would not relent in its efforts to curtail the spread of the viral pandemic within the state borders and the nation in general.