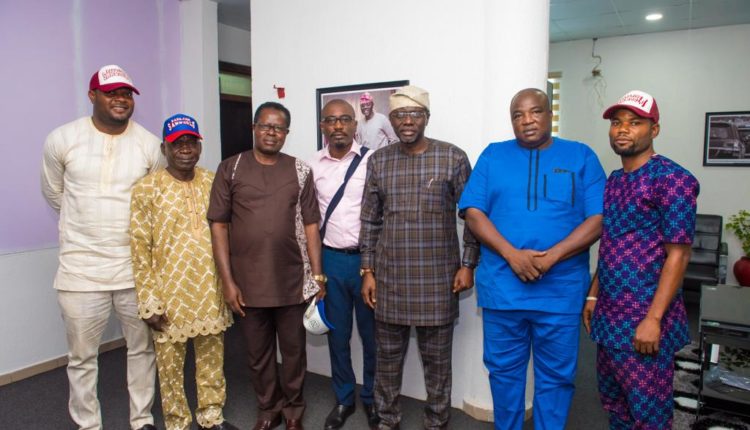 A formation of Nigerian youth political group, Armoury Group, has scored Lagos State Governor, Babajide Sanwo-Olu, excellence over his performance during  first year in office as governor of Lagos state after his assumption of office May 29, 2019, particularly in the area of health.

The rating, as said, was necessary to recognize Sanwo-Olu’s commitment toward putting in place adequate health system and how he was able to manage outbreak of Conoravirus after index case of the pandemic was reported in the state.

They claimed that the recognition of Sanwo-Olu was based on the governor’s vision for the state’s development and that his approach has not left any stone un-turned since assumption of office in 2019.

The group stated that the governor had proven capacity in the area of human development, infrastructure and other areas needed for the state growth been part of his campaign promises to make Lagos state a 21 mega city.

The Director-General, Armoury Group, Dapo Awofisayo, said that Sanwo-Olu’s performance within his first year in office was an indication that the governor was ready to take the state to a greater height and that Lagosians should rally supports in achieving the set goal of the present administration.

Speaking to The Guild during an interview recently in Lagos, Awofisayo commended  Sanwo-Olu for his remarkable achievements and that the youth political group was proud to be reckoned with the governor.

The group’s head expressed satisfaction over the governor’s maturity demonstrated in dealing with unforeseeable challenges that surfaced after his assumption of office and that his determination to improve infrastructure in the state and the timely intervention in defective roads was justification.

According to him, the present administration has differentiated itself among others across the country and Sanwo-Olu has been taken with surgical precision.

“Look at the cabinet and team he put together. A mixture of credibility, vision and experience.”I can boldly say that the Governor is the most proactive in the country. On the 3rd of February, Lagos State launched its COVID-19 Incident Command Centre.

“This must mean preparation was done in January. At this time, there were less than 500 cases in the world. The World Health Organization (WHO) and most Governments in the world didn’t take the disease as seriously. You see, Governor Sanwo-Olu has been blessed with incredible foresight and vision.”

“The rejuvenation of Lagos State Public Works Corporation also lends credence to his commitment to road infrastructure. Lagos State Waste Management has also been rejuvenated, as the quagmire Lagosians witnessed in previous years has disappeared.

While assuring the governor of the group’s unwavering support, the DG maintained optimism that the present administration will become more progressive, just as he urged Lagosians to cooperate with the state’s government by paying taxes and following rules, for a greater Lagos to become achievable.

Armoury is a political group consisting of youths across South-Western region of Nigeria, with over 6000 active members in Lagos.