US prepares 30yrs sentence for 11 Yoruba children link to… 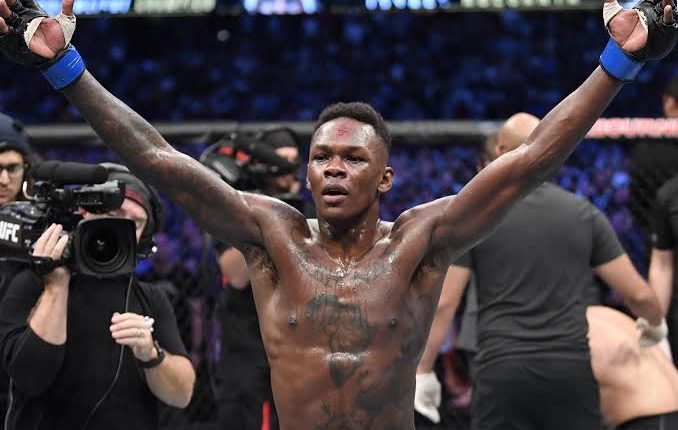 Adesanya was declared the unanimous winner on Saturday night after the fight held at the T-Mobile Arena in Las Vegas which was attended by thousands of fans.

The judges scored the bout 48-47, 48-47 and 49-46 in favour of Adesanya in a bout which first two rounds featured very few exchanges between the fighters, though Romero connected with an overhand left that appeared to hurt Adesanya’s eye in the first.

After that, Adesanya picked up the pace in Round 3, especially with his kicks, landing one to the body and several sharp leg kicks. He also landed the most significant strike in the fourth round, another hard leg kick that briefly buckled Romero.

Adesanya continued to do damage with hard leg kicks in the final round, and Romero’s right thigh had visible welts by the end of the fight.

Adesanya (19-0) was making the first defense of his undisputed middleweight title, which he captured when he knocked out Robert Whittaker at UFC 243. He entered that fight as the interim champion and unified the crown with the win.

With Saturday’s win, Adesanya became only the fourth middleweight in UFC history to begin his career 8-0 with the promotion, joining Anderson Silva, Chris Weidman and Romero.

Romero (13-5) has lost four his past five fights, including three defeats in title bouts. In his previous fight, he lost a hard-fought unanimous decision to Paul Costa at UFC 241 in August.

Romero was slotted in Saturday’s fight because of an injury to Costa.