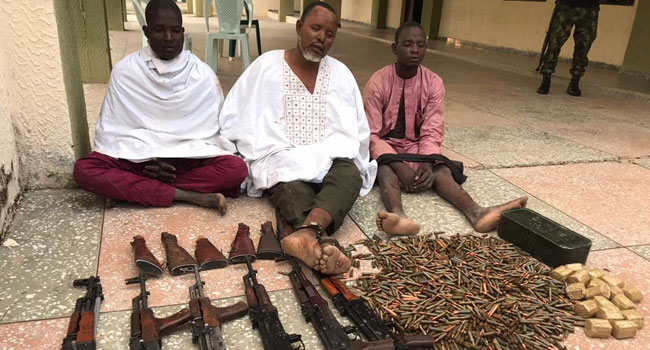 No fewer than 100 armed bandits have been killed and 534 others were said to be under detention after been arrested by Nigerian troops deployed various parts of the North West region of the country.

The bandits were killed and arrested by troops of Operation Sahel Sanity deployed to the region in the last two months as part of the efforts to restore sanity and end activities of bandits in the country.

The Acting Director of Defence Media Operations, Brigadier-General, Benard Onyeuko, who disclosed the statistics on Saturday at a press briefing in Katsina State, explained that the operation was aimed at supporting Operation Hadarin Daji to curb the activities of armed bandits, cattle rustlers, kidnappers, and other criminals in the region. 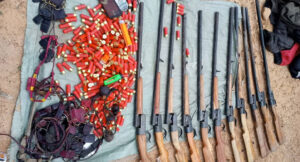 Onyeuko revealed that during the series of search and rescue operations conducted between July 1 and September 4, troops rescued 107 kidnapped victims, recovers 3,984 rustled cows, 1,627 sheep and rams, and three camels.

The military spokesman stated that a large cache of arms and ammunition were recovered, including 43 AK47 rifles, one GPMG, and 100 Dane guns, among other weapons.

According to him, 81 bandits’ camps, including the notorious Dangote Triangle and their logistics bases were destroyed by troops, while 74 bandit attacks and 54 kidnap incidents were foiled within the period under review.