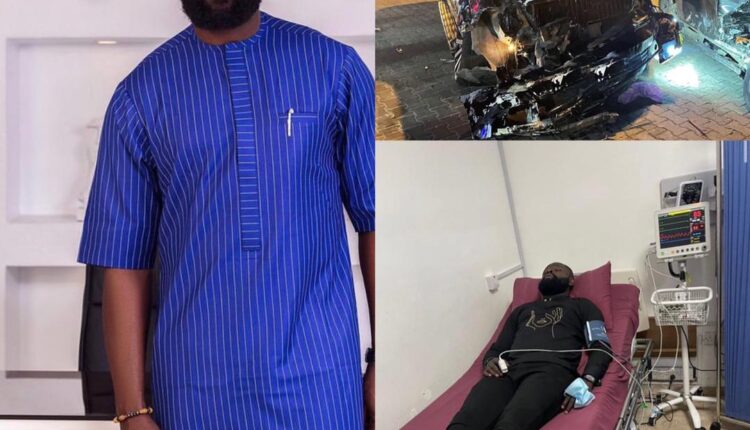 A Nigerian fashion designer, Makun Omoniyi, better known as Yomi Casual has been hospitalized after surviving a ghastly motor accident yesterday in Lagos.

The Guild learnt the accident occurred when the fashion designer was heading back home from Banana Island, axis of the state.

Yomi Casual who survived the crash, took to his official social media account on Monday, to update his followers of the incident, and to also thank God.

In the post, the 32-year-old celebrity stylist shared a picture of him lying on a hospital bed as well as a photo of his wrecked car. “ONI DURO MI ESE O!” he captioned the photos.

One of his close friends and Nollywood actor, IK Ogbonna, who confirmed the news said the accident happened when the fashion designer was heading back home from Banana Island.

He said: “The accident happened last night when he was returning from Banana Island. A reckless driver drove into the road at speed without looking, so he ran into the person.

“He is okay now because I just left him in the hospital. He is just running x-rays to ensure that he does not have any internal injury. He is okay.”

Also, Yomi Casual elder brother, Ayo Makun, popularly known as AY took to his official Instagram account to thank God for the life of his family.

AY posted a photo with the inscription ‘Thank You, Jesus’.  He wrote: “That’s what I want to say on behalf of my family. 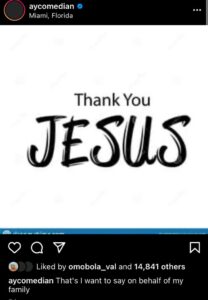