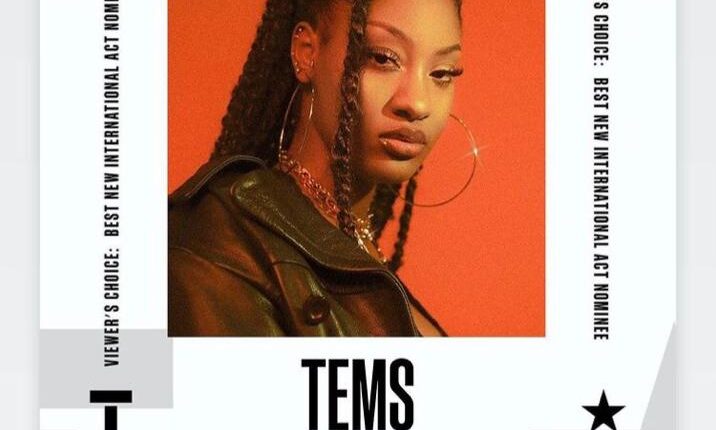 Nigerian singer and songwriter, Temilade Openiyi, popularly known as Tems has joined the likes of Wizkid and Burna Boy to bagged a nomination for the 2021 Bet Awards.

It was gathered that the nominees were announced yesterday, June 7, through the Black Entertainment Television (BET) official social media platforms.

The 25-year-old pop star alongside other international artists got nominated in the ‘Best International Artiste’ category at the 2021 BET Award ceremony.

“Go to @BET_INTL to cast your vote,” the tweet said.

The BET Awards 2021 will air Live on Monday, June 28. Now in its twenty-first year, the BET Awards celebrate African Americans in music, acting, sports, and other fields of entertainment over the past year. The awards are presented annually and are broadcast live on BET.

Reacting to the award nomination, the record producer, who took to her official social media account to announce this to her music lovers, wrote: “So crazy! Incredibly honoured”.

The full nominations were announced on May 27, 2021, and Nigerian superstars, Wizkid, Burna boy were nominated in the Best New International Act category which Burna Boy has won in the last two years.

For Tems, this comes after a stellar year where ‘Essence,’ her collaboration with Wizkid has been making the rounds across the world.