Nigerian rapper, Yung6ix, count loses after robbery attack in US 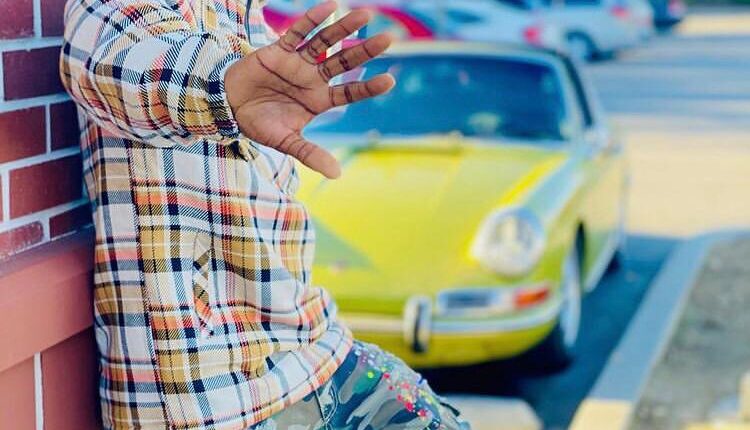 US-based Nigerian Rapper, Onome Onokohwomo, popularly known as Yung6ix has counted losses after being robbed yesterday by unidentified robbers while in the United States.

The Hip-Hop artist lamented bitterly that the robbers took away his whole life as all the valuables he owns were in the car as he was moving into his new apartment in the US.

According to Yung6ix, his laptop containing his new album and mixtape with about $5,000 to $7,000 cash has been taken including his Black Magic 6k camera, 4 iPhones, his PS5, and studio recording equipment.

The rapper, who took to his official social media handle to disclose this incident, shared a CCTV footage of when his car was robbed, and sharing the video, he wrote;

“My car got robbed. Had my whole life in that car. My laptop with my new album and mixtape. about $5,000 – $7,000 cash, Black Magic 6k camera, 4 iPhones my ps5 and studio recording equipment while I was moving into my new apartment.”

Yung6ix is a Nigerian rapper who rose to prominence in 2010 after releasing a viral cover to IcePrince’s hit song ‘Oleku’. 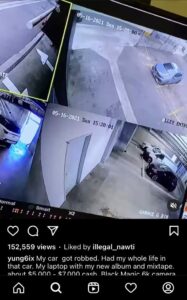