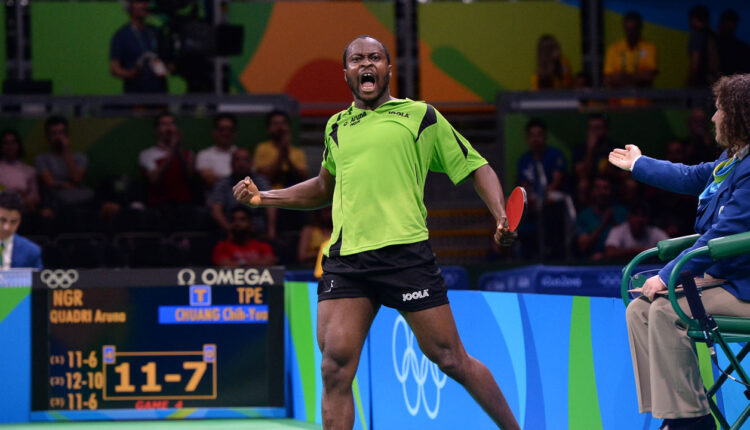 Aruna’s achieved the victory against the Egyptian’s player after defeating his opponent in three straight sets to end the match before a crowd that gathered to watch the continent’s best athletes display their skills.

Both players were not really tested at the ITTF African Senior Championships until the final, where they both played their best match in the tournament, with the Nigerian displaying the guts.

After taking the first two sets, Assar was already leading 3-1 in the third set. But the Nigerian’s tenacity and prowess came to the fore as he fought back to level at 3-3 and was leading in the final game for the tie to go into 12-12.

Reacting over the victory, Aruna described the tie as energy-sapping while he lauded his opponent for a magnificent display.

“I think I gave my all and even when I was down, I did not give up. I think I just stayed focused and this worked out for me and I am happy that my efforts in Algiers paid off for me,” he added.

This win will surely shore up Aruna’s ranking in the world while Taiwo Mati, the young Nigerian who made it to the semi-final, should also see an immense improvement in his global ranking.