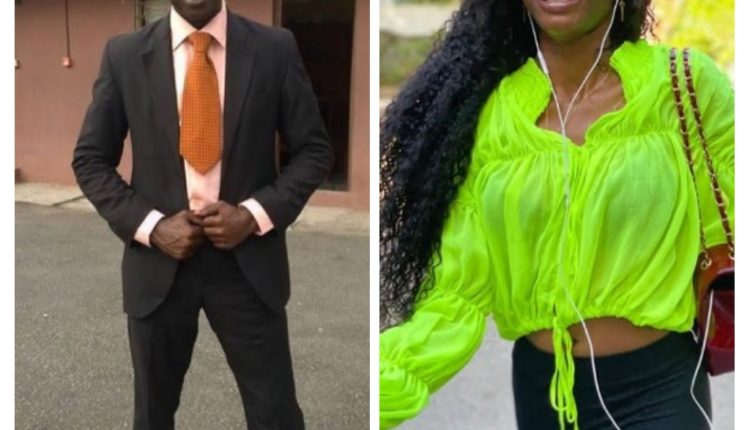 The Nigerian Institution of Journalism (NIJ) has asked one of it lecturers, Tene John, to quit his lecturing job in the school after he was accused of engaging in an indecent act following a student, Anjola Ogunyemi, allegation that her teacher  sexual harassed her.

It was learnt that the school’s decision over the sexual harassment was reached in order to protect image of NIJ and that its academic activities.

As gathered, both parties were said to had appeared before a three-man panel set up by the institution to investigate the case brought but may had found the lecturer guilty of the accusation.

Narrating her ordeal at the hands of the lecturer, Anjola claimed that her teacher molested her in December while in his office and that she reported the case to the school authority immediately,

From a narration posted on student’s social media handle, she said: “On the day of this event, I was in school very early; it was about 7:20 am. I had classes for 8 am and this same lecturer that assaulted me was the one teaching the course.

“We bumped into each other at the entrance of the corridor leading to my class and the lecturer said he has not been seeing me and then asked me to come with him to his office. I walked right behind him till we got there. I sat opposite him while we had several discussions. When I was about leaving he ran so quickly and blocked the door.

“I did not know what to do; he took a grip of one of my arms and held me so tight to the wall, dropped to his knees and tried to take up my dress. After so much struggling; he succeeded and somehow he was able to move my panties to the side. That was how he was able to lick me down. I was irritated by this.

“A few seconds after, I gathered strength and pushed him but still he didn’t stop. At that moment, I knew I had to say something to make him release me. Then I said to him, Mr. Tene stop, which was what I have been saying since he started, but this time he yielded.

“And I said to him let’s make a deal if you let me go now and you promise to help me out with what we have discussed (abut switching from full time to part-time due to my new job) I will do anything you want. After leaving his office, I ran upstairs to report the case but I could not find any lecturer. The only person I saw was a fellow student,” Anjola added.

Though the sacked lecturer was yet to narrate his own side of the story but many students have come in his defense, claiming that there was incoherence in Anjola’s allegations, urging her to drop her claims.

NIJ, in a statement signed by its Registrar and posted on its social media handle also, it acknowledged incoherence in both parties’ claims but argued that its decisions were based on the institution’s zero-tolerance policy.

“Ms. Ogunyemi’s petition to the school on the alleged sexual harassment was received on December 19th, 2019, the day of our vacation. And the provost called her on that same day acknowledging the receipt of her petition, assuring her that the matter will be looked into appropriately.

“The institution thereafter set up a panel of three lecturers: two females and a male. The panel sat and took evidence from the two parties and witnesses concerned. On Friday, January 17th, 2020, the last day of its sitting, the accused and accuser were made to confront each other at the panel.

“It was difficult for the panel to establish concretely a case of sexual harassment in its report because there was a glaring contradiction in the testimonies of the two parties and witnesses.

“We wish to place on record that Ms. Anjola Ogunyemi walked out on the panel and ran to the social media to tell her story on the day of the panel’s final sitting.

“In view of our institution’s zero tolerance for improper conduct on the part of staff and students, and in the light of interest the matter has generated, following decisions have been taken: the lecturer concerned, Mr. Tene John, who has been on our faculty for over a decade has been relieved of his appointment, we than him fr his services and wished him the best of luck in his future endeavours.

“Ms. Anjola Ogunyemi who has just returned from a one-year suspension over the indecent dressing and gross misconduct is advised to adhere strictly t her matriculation oath of channeling her grievances to the appropriate authorities of the institution. We wish to reiterate that our staff and students are governed by rules and regulations and it is important that we comply accordingly”.