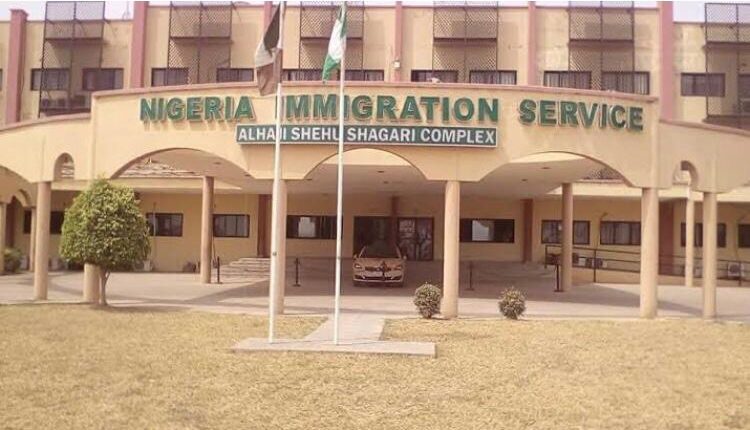 The Nigerian Immigration Service, Katsina Command has rescued no fewer than 10 suspected human trafficking victims along the famous Babban Mutum Axis of the State.

It was stated that the victims, who were rescued comprise an 11-month-old baby girl, eight women, and a man and they are from Delta, Edo, Lagos, Enugu, and Ekiti States.

Confirming the development, the Kaduna NIS Comptroller Abdurrazaq Mu’azu, while briefing newsmen on Friday, said the victims were misled by their traffickers whose business is to ferry persons across the border through illegal routes for their selfish gains.

Mu’azu said that none of the victims was in possession of any travel document with no means of livelihood. He noted that the victims were rescued in their attempt to cross the border to the Niger Republic en-route Libya through one of the Nigerian illegal routes.

According to him, the victims would be handed over to the National Agency for the Prohibition of Trafficking in Persons “for further investigation, counseling, training, rehabilitation, and prosecution as the case may be.”

The NIS boss warned human traffickers to stay away from Katsina, declaring that officers and men of the command were battle-ready to combat human trafficking.

He warned, “The command is prepared to burst the syndicate groups operating within our area of jurisdiction.” 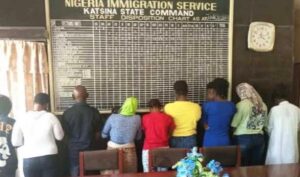