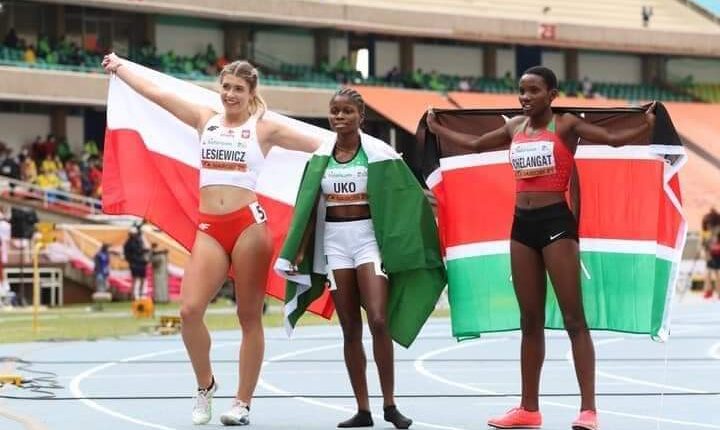 Share
A Nigerian female athlete, Imaobong Uko, has won gold at the ongoing World Athletics U20 Championships after coming first during the final of 400 meters race, ending 13 years medal drought for the country.
The 17-year-old Akwa Ibom-born athlete ran a new 51.55 seconds personal best to achieve the feat and extended her record as the fastest female in the category as a U18 athlete globally in 2021.
Following the victory on Saturday at the competition on Saturday, Uko, who recently bagged a scholarship award abroad to complete his education and boost his sporting career, now ranked 17th fastest in the Nigerian all-time list. 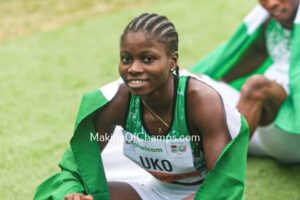 Uko came to the Championships as the fastest among the contenders following the 51.70 seconds she ran to win the gold at the Edo 2020 National Sports Festival held barely four months ago.
During the race, the Nigerian athlete lived up to pre-race hype by becoming the fourth Nigerian to win the category after Fatimah Yusuf in 1990 in Plovdiv, Bulgaria, and Olabisi Afolabi in Lisbon, Portugal in 1994, as well as Folashade Abugan in Poland 2008.