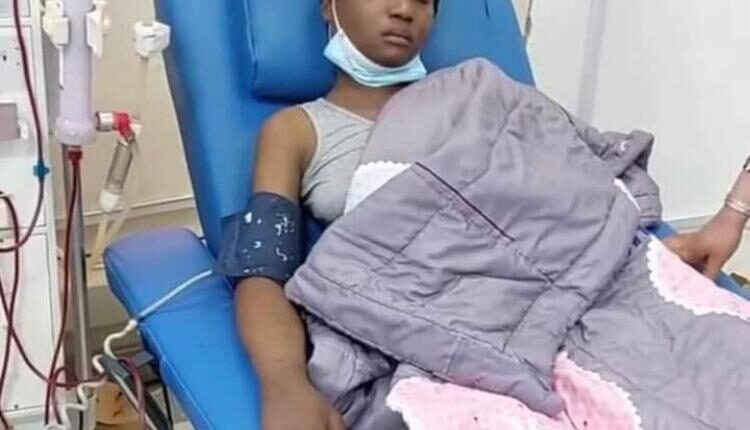 Nigerian comedian, Mercy Obi, professionally known as Ada Jesus has been confirmed dead at age 22  after a brief illness.

Having been hospitalized for months over suspected kidney failure, Ada Jesus was rushed to the hospital yesterday where she was confirmed dead.

The 22-year-old was confirmed dead on Wednesday after battling with a kidney ailment for almost a year.

Ada Jesus, who was born in Orlu in Imo state, during an interview in February 2021 disclosed that she had been battling with the ailment for almosts a year.

“Since December, my body has been swollen especially my face and stomach. I don’t have the strength to walk on my own.

During the interview, she revealed that scores of people had already started making donations, that small amount of money was what was left to travel for the transplant.

As gathered, the deceased, whose birthday was on April, 19 celebrated her birthday on her sickbed, several videos surfaced on social media as a group of people gathered in the hospital where she was been treated to celebrate her. It was reported that she was getting better.

Confirming her death, an activist, Harrison Gwamnishu took to social media to announce, described her death as shocking. He wrote, “Thank you, Everybody Rest in Power Mercy Nmesoma Nnadi.”

Earlier before her death, when her health took a turn for the worse, she went to ask for forgiveness from those she had spoken against in the past, including a popular pastor, Prophet Odumeje, and Nollywood actress Rita Edochie.

It has been said that the ailment came after she implied that the prophet and actress Edochie were working together to perform fake miracles.

The prophet, however, vowed not to forgive her until she provides evidence to back her claims even after her family took her to church to seek forgiveness.

He accused the comedian of ruining his image with false accusations on social media. The prophet and Edochie later said that they had forgiven Ada Jesus.