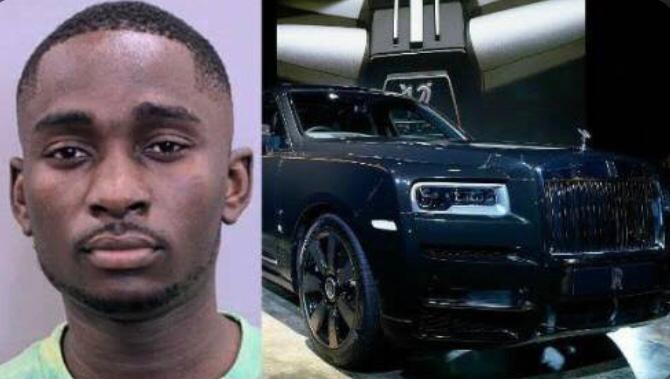 A 23-year-old Nigerian businessman, identified as Ezonachukwu Obianefo, has been placed under police in Houston, Texas, United States, detention after allegedly stealing a Rolls Royce Cullinan, which is valued at around $300,000.

It was gathered that Obianefo, who was accused of stealing a Rolls-Royce Cullinan was being held in the Harris County Jail in Houston and his bail was set at $50,000.

As gathered, Obianefo is the manager of Osita Links and Logistics Group LLC, which provides transportation services. Owned by Mary Obianefo, the freight shipping trucking company was incorporated on April 8, 2021, and is based in Houston.

According to the Harris County District Attorney’s office, the vehicle’s owner, whose name has not been revealed, is a Florida resident, according to conandaily.com.

It is however not clear whether the vehicle was stolen in Houston or Florida. The date when the alleged crime was committed was not announced.