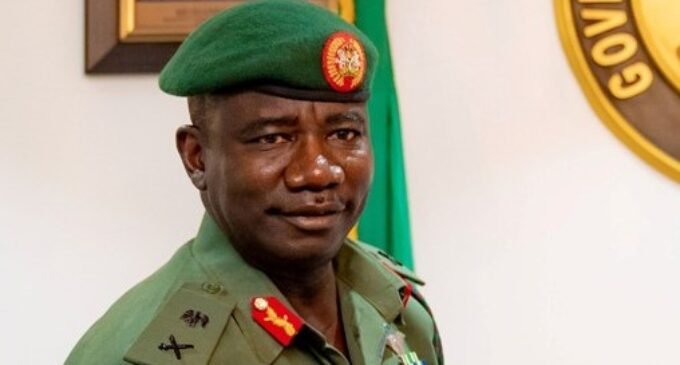 The Army added that development became necessary considering that they had contact with the deceased officer before he passed on shortly after falling sick.

Irefin, who died on Thursday, and other top officers were reported to be attending the annual Chief of Army Staff Conference in Federal Capital Territory (FCT) Abuja when he suddenly took ill and died.

Confirming the directives, Acting Director of Army Public Relations, Brigadier General, Sagir Musa, added that the conference has since been suspended to honour the deceased officer.

Musa, in a statement made available to newsmen, further disclosed that the participants comprising principal staff officers, GOCs, Commandants of Army Schools, Commanders of Army Operations have been asked to go into isolation for 14 days to end the virus circle.

Reacting over the General’s death, Kogi State Governor, Yahaya Bello, described the deceased officer as a brave, courageous, and inalienable loyal to the Nigerian nation.

Bello, in a statement signed by Commissioner for Information and Communications, Kingsley Fanwo, added that like many outstanding Generals Kogi had produced, the late general was a chemistry of brilliance,

Regretting his death, the governor, who claimed that Nigeria has lost a Greenheart-fighter, noted that the deceased defended the country with his integrity.

He said: “As we mourn the demise of a son we are proud of, we also commiserate with the Chief of Army Staff as well as the Commander in Chief of the Armed Forces, President Muhammadu Buhari, GCFR.

“The Late General Olubunmi Irefin was not just a brave soldier; but also an accomplished scholar of repute. To this end, the Kogi State Government shall be putting in place, modalities to rename the Government Science Secondary School, Okedayo as Olu Irefin Science Secondary School, Okedayo. This is to inspire a new generation of Kogi youth to embrace hard work and excellence.

“Our hearts are with his immediate family in this dark moment of grief. May God give you all the fortitude to bear this irreparable loss”, Bello added.