LASTMA ex-CEO, Olakpe, passes on at 65 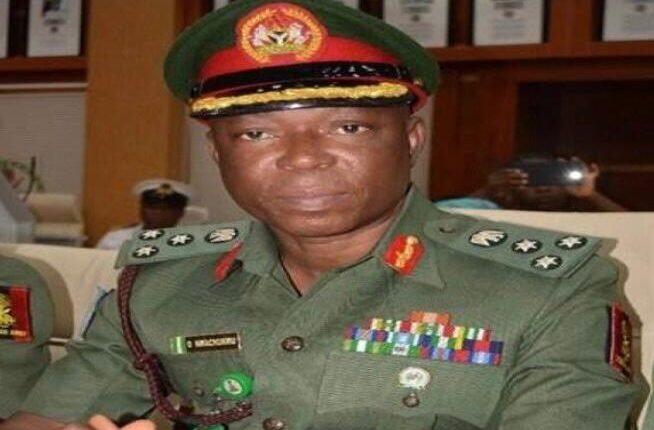 The Nigerian Army has approved the appointment of Brigadier-General Onyema Nwachukwu, as the new Director of Army Public Relations, on Thursday.

It was gathered that Nwachukwu, a one-time Deputy Director of Public Relations, Headquarters Theatre Command of Operation LAFIYA DOLE, now Operation HADIN KAI, was until his appointment, Acting Director of Defence Information, at the Defence Headquarters.

Announcing his appointment through a statement on Thursday, the Chief of Army Staff, Major General Farouk Yahaya said Nwachukwu would take over the Army mouthpiece office.

According to the profile released by the Army Headquarters, Nwachukwu was also the Deputy Director of Public Relations, Headquarters Theatre Command of Operation LAFIYA DOLE, now Operation HADIN KAI.

The new army spokesperson is an alumnus of the University of Ibadan and holds a Masters Degree in International Affairs and Strategic Studies from the Nigerian Defence Academy (NDA), Post-Graduate School Kaduna.

He also has a post-graduate diploma in Advertising and Public Relations from the International Institute of Journalism, Abuja.