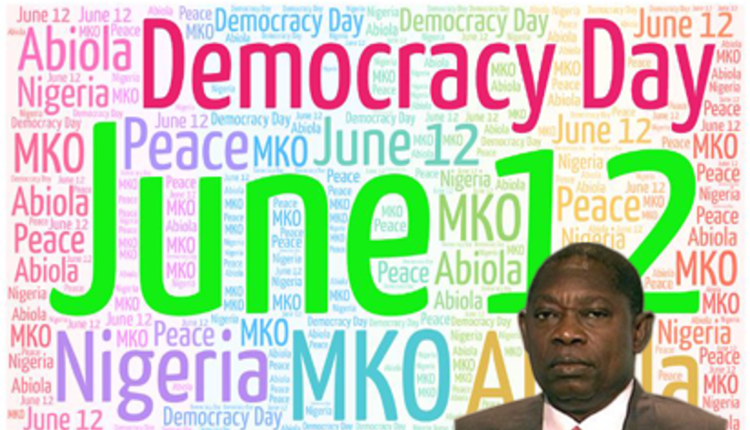 As part of activities billed for commemorating 2021 Democracy Day, the Presidency has disclosed that the Federal Government would be releasing documentary detailing all what transpired, political actors and roles of all critical stakeholders during annulled June 12 1993 general election won by late business mogul and politician, Moshood Abiola.

It explained that the one hour documentary titled ”Nigeria: Consolidating Democracy and National Unity,” would expose Nigerians to all that went down during the exercise adjudged the free and fairest election conducted in Nigeria and that it would bridge gap of lost history for the younger generations.

As said, the educative and informative documentary would debut simultaneously on Nigerian Television Authority (NTA) and Channels TV networks on Saturday at 8:00-9:00pm, and that TVC would be showing the documentary at 4:30-5:30pm June 13.

The Senior Special Assistant to President Muhammadu Buhari on Media and Publicity, Garba Shehu, said that the one hour-long piece featured the president and dignitaries, who were central to the annulled June 12 election and the events that followed, including retired Gen. Abdulsalam Abubakar and Asiwaju Bola Tinubu.

Others are Kola Abiola, Hafsat Abiola-Costello and Mohammed Fawehinmi, son of legal luminary, Chief Gani Fawehinmi, who along with Amb. Babagana Kingibe, was also recognised with a Grand Commander of the Order of the Niger national honour recently.

Shehu said that sections of the documentary was dedicated to the annulled election, recognition process and evolution of Nigeria’s democracy and continuing quest for its consolidation and national unity from Independence in 1960.

He added that the documentary was filmed exclusively in Nigeria and directed by the award winning, Nigerian-American, Hollywood-based filmmaker, Ose Oyamendan.

Others are Amb. Shehu Malami, nephew of Sir Ahmadu Bello and son of Sultan Abubakar III, as they capture the spirit of Nigeria’s Independence Day in 1960,” he added.