Lagos education board receives over 100,000 facemasks from… 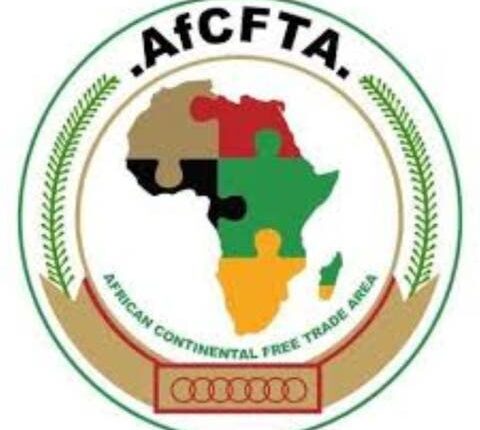 The Federal Government has expressed optimism that the African Continental Free Trade Area (AfCFTA) initiative would help the country to stem illegalities in the mining sector across Nigeria.

It explained that said that provision of the agreement would help in steming illegal mining and prevent associated operational hazards across the country.

The Minister of Mines and Steel Development, Mr Olamilekan Adegbite, maintained that artisanal mining which was synonymous with Nigerians was a direct effect of oil boom that took many off the mining field when crude oil was discovered.

Speaking with newsmen on how to promote solid minerals export to maximise the potential and benefits of AfCFTA on Sunday, Adegbite said that the illegalities being recorded in the sector was because Nigeria moved from mining to oil as mainstay of the economy.

According to him, before oil and gas, Nigeria relied on coal and tin; we were exporting and were true, quoted on the London Metal Exchange.

“And that is basically what was giving Nigeria money in those days before oil came but when oil came, we moved away. We left mining behind,” the minister said.

Adegbite recalled that the Indigenisation Decree of 1973 sent many companies out of Nigeria, which he said, resulted in many workers being laid off by the companies they were working pushing some of them to resort to artisanal mining.

Adegbite noted, however, that the artisanal miners did not have formal experience or skill in mining, making them engage in subsistence mining to make their livelihoods.

“Some people now exploit this and they aggregate whatever they mine and take them out of Nigeria illegally. Gold is the most traded mineral in Nigeria and these people mine gold and get nuggets. There are several thousands of such miners, when you aggregate what they mine, it comes in large volume and several kilos of gold.

“To know the extent of the money they make in the gold business, they hire private jets to take them out illegally because they realise a lot of money.

“At the rate, gold is selling, one ounce of gold is selling for $2,200 and by the time you carry a thousand kilogrammes, you are making several billions of naira.

“But with AfCFTA coming into effect, we hope that other countries will cooperate with Nigeria because now it is a free trade but there is documentation,” he added.

Adegbite lamented that a lot of the illegal miners used neighbouring countries, especially the Niger Republic as a route to get to their destinations.

The minister argued that there must be active connivance of highly placed people because one would not fly an aeroplane into another country without clearance in such a country.

“They essentially fly the planes into neighbouring countries and take the minerals through our land borders.”

Adegbite recalled that during the COVID-19 pandemic, people helped the ministry with videos of how gold was being taken out of Nigeria.

“During the COVID-19 lockdown, no flight was coming into Nigeria and they were getting the quantity of gold they needed to take to Dubai.

“So, with AfCFTA coming into effect, we hope this will help to stem the problem because now we are supposed to trade freely among ourselves with documentation.

“We hope that other countries will cooperate with Nigeria. I will not allow such illegal activity to go on within those countries,” the minister vowed.

Nigeria joined 53 other African countries on Jan. 1 this year, to set AfCFTA in motion. AfCTA, the world’s biggest trade bloc, was established to speed up intra-continental trade.