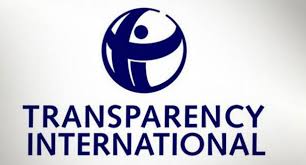 Nigeria has slipped further on corrupting rating ranking its worst on Transparency International’s (TI) Corruption Perception Index since 2015 by dropping to 149 out of 180 countries.

With the new record, the country dropped down three places lower than what was obtainable in 2019 when it 146 among the countries surveyed.

The anti-corruption watchdog said that Nigeria’s bad outing in the lastest rating was not unconnected to the absence of transparency, nepotism.

Others, the body claimed, were lack of adequate anti-corruption legal frameworks, the prevalence of bribery and extortion in the Nigerian Police, corruption in the security sector, among others.

The rating was contained in the report released on Thursday by the Civil Society Legislative Advocacy Centre (CISLAC)/ Transparency International Nigeria in conjunction with The Centre for Democracy and Development (CDD) and BudgIT.

Following the latest ranking, Nigeria now stands as the second most corrupt country in West Africa ahead of Guinea-Bissau in the sub-region.

“The index is completely impartial, objective, and globally well respected. This result is coming at the heels of numerous challenges facing the country ranging from the Covid-19 pandemic, insecurity, high unemployment and a sharp increase in government borrowing amongst others.

“Nigeria witnessed a total of 2,860 kidnappings in 2020 which was up from 1,386 in 2019. The picture is further gloomy when taking into consideration the Unemployment Data for the second quarter of 2020 released by the National Bureau of Statistics (NBS). This survey by the NBS which is the government’s statistical agency shows that one in two Nigerian is either unemployed (27.1%) or underemployed (28.6%). Each of these challenges can be linked to corruption and mismanagement of public resources, which further exacerbates the economic and health impact of the terrible global pandemic.

“Nigeria’s CPI score is just another reminder of the need for a fast, transparent, and robust response to the challenges posed by corruption to Nigeria. It is worrying that despite the numerous efforts by state actors on the war against corruption, Nigeria is still perceived by citizens and members of the international community as being corrupt,” the report said.