NANS to Fayemi: You have abandon parents of slain FUOYE… 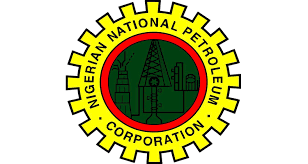 The Nigerian National Petroleum Corporation (NNPC) has disclosed that it recorded a 94.30 percent increase in crude oil and gas export sales in January 2020 amidst a 50 percent hike in pipeline vandalism incidents in the country.

It stated that the corporation conducted crude oil and gas export sales to tune of $434.85 million in the month of January, from which crude oil sales accounted for $336.65 million as compared to $136.36 million from December 2019.

The Group Public Affairs General Manager, Dr. Kennie Obateru, said that the corporation had generated $98.20 million in the January 2020 gas export sales and that dollar transactions in the year before had amounted to $5.18 billion.

Obateru, through the 54th edition of the group’s Monthly Financial and Operations Report, revealed that NNPC had recorded incidence of 60 pipeline vandalism across the country in the month of January, a figure which he said is 50 percent higher than the 40 vandalized points in December.

The group general manager said that the corporation made marked progress in distribution and export of the petroleum products in January despite the vandalism set-backs, and added that plans had been put in place to curb future incidences with aim to secure group assets across the nation.

He explained that the NNPC, in partnership with local host communities and various other stakeholders, had implemented programs to curtail such criminal acts especially at locations such as Atlas Cove-Mosimi, Mosimi-Ibadan, and others which had accounted for up to 50 percent of recorded vandalism incidents.

Obateru said that in accordance with the corporation’s drive to ensure availability of petroleum products for local consumption, the agency had supplied 1.20 billion litres of Premium Motor Spirit (PMS) across the country and that adequate monitoring was being conducted in order to ensure smooth nationwide distribution.

According to the public affairs official, NNPC had supplied 253.09 cubic feet (BCF) of gas in January from which 36.20BCF was for domestic market, 114.96BCF in the export market and 101.93BCF as upstream fuel gas or flared.