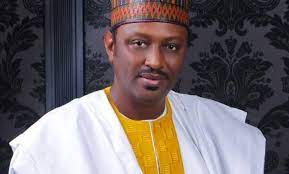 The National Institute for Hospitality and Tourism, (NIHOTOUR), has disclosed its plans to go digital with its activities particularly to enhance efficiency.

The institute stated that they would want to leverage on the benefits and possibilities of technology to effectively deliver their core mandate of providing quality training in hospitality and travel tourism skill acquisition and public enlightenment.

Recognizing the Covid-19 measures in the face of the pandemic, the institute disclosed that it was also what influenced their decision to go digital in order to curb the spread of the virus.

During a meeting Yesterday, the Director-General of NIHOTOUR, Nura Kangiwa, said in keeping pace with modern trends in the ease of doing business, the institute under his watch, would ensure that they leverage on digital technology to deliver better efficiency.

He disclosed that of the Institute’s training services via virtual, e-learning as well as distance learning particularly in the face of the COVID-19 pandemic and the entrenchment of non-pharmaceutical protocols to stem the upsurge in the spread of the disease would be paid attention to.

Also, speaking at the inauguration of the Lagos Marriott Hotel Ikeja, the NIHOTOUR boss expressed the institute’s readiness to work with other hospitality and tourism establishments for capacity development and to bridge the requisite skills-gap in their operations.

He further revealed that NIHOTOUR would partner with investors in the hospitality sector to ensure they have a return on their investments as they provide direct and indirect employment to Nigerians.

“as a matter of fact, the report of a recent survey on Domestic Tourism in Lagos State, conducted by the Federal Ministry of Information and Culture, in partnership with the National Bureau of Statistics (NBS) revealed that Tourism contributed 16.86 per cent to GDP of Lagos State in 2017, the value of N4.6 trillion and such are the reports in other states across the country.”