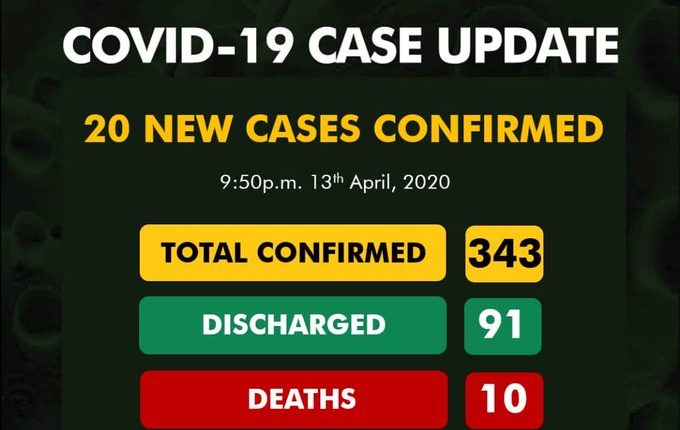 The Federal Government has disclosed incidence of 20 new coronavirus cases in the country, bringing total number of confirmed incidents to 343.

It explained that the newly confirmed patients had tested positive for the viral infection and that the pandemic incidents were spread across various states of the federation.

The National Centre for Disease Control (NCDC) stated that the 20 new pandemic victims included 13 patients in Lagos State, two cases in Edo, Kano and Ogun states, respectively, as well as one confirmed incidence in Ondo.

Through its daily social media updates posted on Monday, NCDC confirmed that a total number of 91 covid19 patients had been discharged from various isolation centers in the nation, and that 10 casualties had been recorded so far, in course of the pandemic infection.

The disease control center added that states affected by the global pandemic had risen to 19, and that Lagos remained disease epicenter in the nation with a total recorded number of 189 confirmed coronavirus incidents.