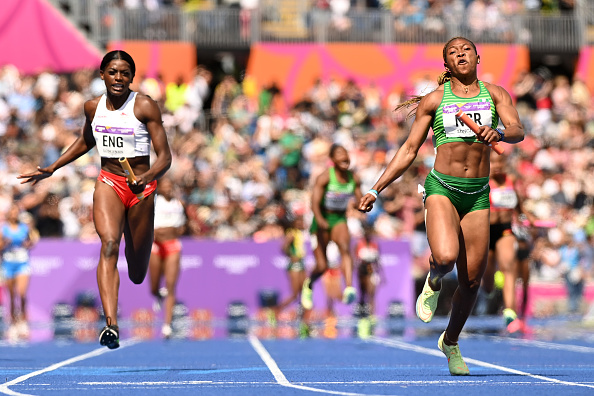 Tobi Amusan, who has surreptitiously assumed the sobriquet, Amazing amazon, was outstanding in the 110 metres hurdles where she broke the Games record to win Gold. She inspired the quartet of 4×100 metres Relay which comprised Favour Ofili, Rosemary Chukwuma and Grace Nwokocha to win the event in a grand style with a new African record.

Just as Amusan, I, accidentally, have been following Ese Brume progress since 2016 in the Long Jump event both at the continental and International levels and I am proud to say that she has reached a crowning moment in her sporting career. She is Olympic medallist, World Championship Bronze medallist, African Games Champion and Commonwealth Games Champion as she was exceptional in Long Jump Event where she won Gold with a new Commonwealth Games record.

Worthy of mention too are Folashade Lawal and Adenike Olarinoye who both won Gold in the women’s 55kg and 59kg weightlifting events respectively. In the same breadth, l should not forget to mention the stunning feat recorded by Chioma Onyekwere in Discus Throw event where she won Gold.

On the whole, Big Congratulations to all the athletes for a remarkable performance. They have done us proud indeed.

I still wonder why Zimbabwe has not reviewed its withdrawal from the Games since 2003. I think it is high time Zimbabwe was persuaded to rescind the decision it took almost 20 years ago and join the party. The more the merrier.