Lagos, Abuja, Enugu, others go into blackout after national… 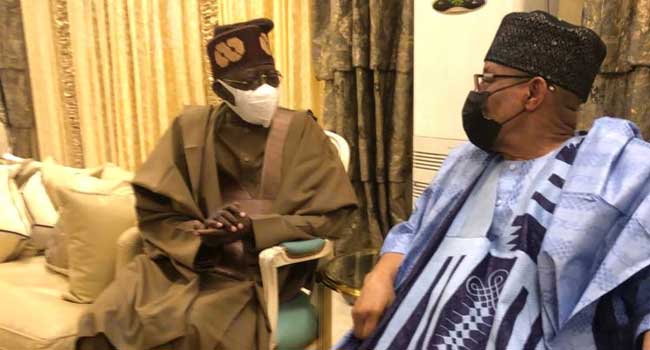 The 2023 presidential ambition of the National Leader of the All Progressives Congress (APC), Bola Tinubu, has received a major boost with the endorsement of his aspiration by Niger State Governor, Sani Bello.

Bello described Tinubu as a trusted aspirant and that the country would need him to replicate the strategy he adopted to improve the status of Lagos when he is elected as the president of the country.

He endorsed him when the Lagos state former governor paid him a courtesy visit at the state capital, Minna, yesterday, adding that Tinubu is a candidate to reckon with.

“We saw the foundation you laid in Lagos and we look forward to seeing you replicate it for Nigeria when you are elected,” he said.

Meanwhile, the governor commended the APC national leader for the N50 million donation to victims of bandits attacks across the state, stressing that the current insecurity facing the country would be addressed if efforts were intensified.

After leaving the visit, Tinubu, during an interview with journalists, hinted that he had visited the former head of state, Ibrahim Babangida, and that his visit was to seek blessing from him.

“Generally, I came to Niger State to commiserate with the governor and the people of the state. And so, I can’t stop by without paying a courtesy call to the enigma, General Ibrahim Badamasi Babangida.

“When I made the declaration, I told you that I am still consulting and I will consult as widely as possible,” he also said.