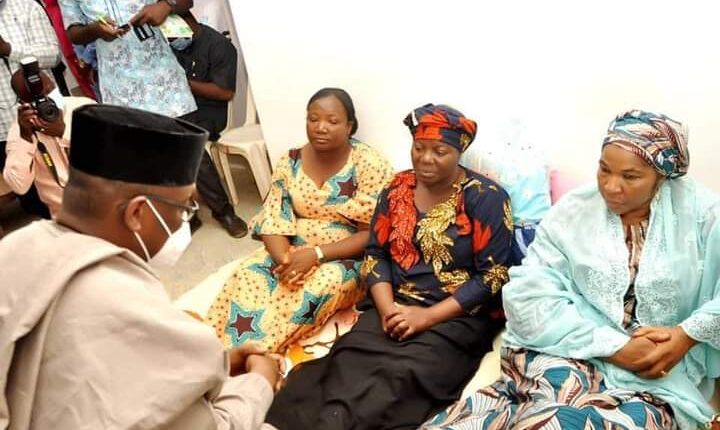 The Niger State Governor, Sani Bello, has described the All Progressives Congress (APC) Nassarawa State late Chairman, Philip Shekwo, as a patriotic Nigerian that contributed greatly to the growth and development of Democracy and the Nation.

Bello, who also doubles as Chairman of North Central Governors Forum (NCGF), noted that the increasing rate of insecurity in the country particularly in the North Central region is alarming.

He stated these when he paid a condolence visit to the deceased family residence and interacted with party faithful in Lafiya, the state Capital in company of other dignitaries on Thursday.

The NCGF Chairman maintained that Government at all levels were making efforts to curb negative trend, just as he urged monarchs and other stakeholders of the traditional institutions as well as Corporate bodies to complement government efforts in boosting security in the country.

Bello, while expressing the readiness of the governor’s forum to strengthen border security within the region, assured that government would not rest on its oars until issue of security was addressed squarely.

While speaking to the wife of the deceased, the governor appealed that she sees death of her husband as the will of God, even though he was murdered, and encouraged her to be strong for the children, grandchildren, and other family members.

Responding on behalf of the State, the Nassarawa State Deputy Governor, Dr. Emmanuel Akabe, revealed that investigation was ongoing to ensure that perpetrators of the heinous act were brought to Justice.

It would be recalled that the former APC chairman was murdered by unknown gunmen who invaded his family compound and took him away on Saturday night while his lifeless body was found the following morning few metres away from his residence.