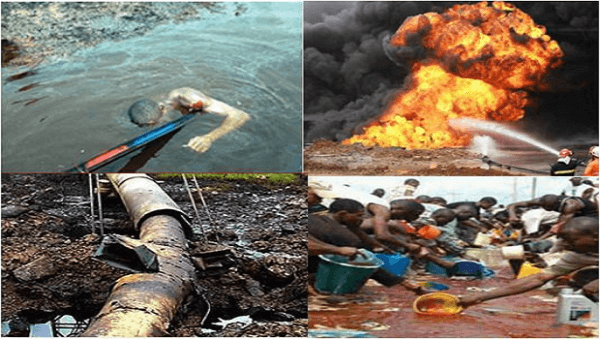 The National Economic Council (NEC) on Thursday reviewed the activities of Nigerian National Petroleum Corporation, NNPC between January and March, this year.

During the meeting chaired by the Vice President, Prof. Yemi Osinbajo, in Abuja, it was revealed that over $1.3 billion worth of crude oil was lost by the Corporation to theft and pipeline vandalism in the first quarter of 2019.

Obaseki, who chairs a thirteen man NEC sub-committee mandated to investigate the impact of the attacks on oil installations in the creeks of the Niger Delta, warned that from the committee’s findings, $2.7 billion could be lose before the end of the year if the situation is not urgently checked.

The Edo Governor disclosed a number of recommendations by the Council to include the need to restructure the maintenance and ownership of pipelines in the country, prosecution of criminals and creation of special court to handle the cases.

According to him, the committee also recommended that the NNPC work with the National Intelligence Agency to track countries benefiting from the stolen crude oil.

He said: “The Council has resolved to submit the recommendations to President Muhammadu Buhari for implementation”.