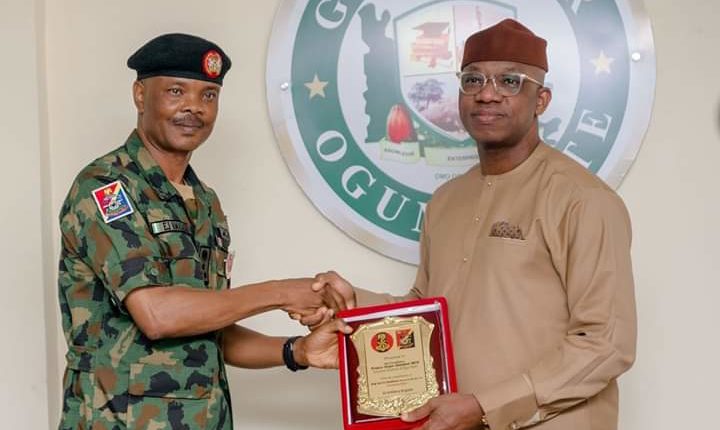 To curb the spate of kidnapping, Ogun State Government has vowed to put in place strategic security plan that will address insecurity in the riverine areas of the State.

The State Goverrnor, Dapo Abiodun stated this when he received the new Brigade Commander, 35 Artillery Brigade, Alamala, Abeokuta, Brigadier General Ehimwenma Amadasun, who paid him a courtesy call in his office at Oke-Mosan, Abeokuta,

Abiodun noted that it was imperative for the State government and security agencies to put heads together and fashion out plans that would permanently stem the tide of insecurity in those parts of the State.

“One of the vulnerable areas that we have identified lately is the riverine areas of the State that border Ondo and not too far from the Niger Delta. There is need for government and security agencies to rub minds and firm up with strategic plans to reduce the level of vulnerability of the citizens in those areas”, he said.

He said though the State was relatively peaceful when compared to others, government had in recent time, demonstrated its zero tolerance for crimes and criminalities by rounding up criminals including kidnappers in some parts of the State, warning that henceforth, his administration would seek capital punishment for any kidnapper caught in the State.

“Ogun State is relatively peaceful compare to other states. We had a few test of our will in one kidnap or the other. We met such incident with a show of force and I have said without mincing words that when we catch anyone kidnapping, we are going to seek capital punishment for the kidnapper. We will not allow some miscreants to come and disrupt the peace that we enjoy and the benefits that we will derived from people coming here to establish their presence.