I have no son grown enough to declare for Presidency- Tinubu

How Chinese national kill Nigerian lover after breakup in… 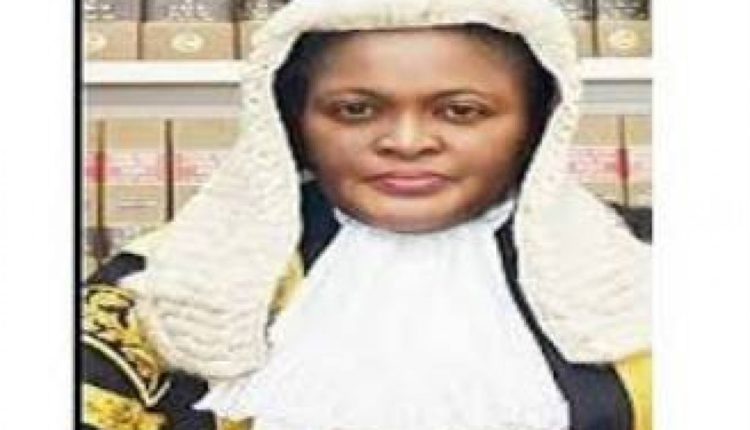 NHRC stance came days the judge’s residence was invaded, a move which commentators and political analysts described as protests against judgement delivered by the Odili-led apex court panel on the Bayelsa governorship election.

The commission’s Executive Secretary, Tony Ojukwu, who expressed concern over attacks on judicial officers, stated that such actions must be curbed and perpetrators brought to book.

Ojukwu, in a statement released in Abuja, on Friday, condemned the attacks, and explained that such acts, if left unchecked, would undermine judicial integrity, with judges being forced to make decisions based on public opinion, so as to avoid occurrences of such reprisals.

He called on security agencies to ensure rights and security of Nigerians, adding that, everyone that had perpetrated acts of violence against members of the judiciary must be sought out, apprehended and brought to book, as a reminder to others that such acts were not acceptable in the country.

The commission’s secretary also called on politicians, political parties and party members to uphold rule of law in all their dealings, respect human rights while expressing their views on judgements, and to put measures in place to curb supporter excesses.

“The National Human Rights Commission wishes to appeal to all political actors and their supporters to respect the human rights of citizens to express fair comments on the judgments of courts without personalising any issues arising therefrom or infringing on the rights of others,”

Noting that the country was beset with instability, insurgency, banditry and other security issues, Ojukwu reiterated that such attacks further undermined existing safety concerns Nigerians had while pursuing their legitimate duties or businesses.

The NHRC official, who described Nigeria as a lawful state, emphasized that dignity of human persons, privacy and ownership of property was guaranteed by the 1999 Constitution, and enumerated the African Charter on Human and Peoples’ Rights and United Nations Basic Principles on Independence of the Judiciary.

He urged Nigerians to obey rule of law and accept the realization that human rights would only be attained when judges were able to dispense justice without any inclination to fear, bias and intimidation.