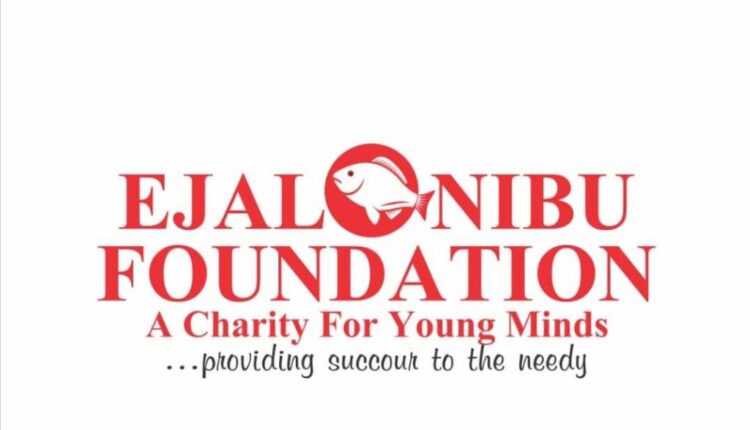 A Lagos State-based Non-Governmental Organisation (NGO), Ejalonibu Foundation, has rolled out over 200 free Joint Admission Matriculation Board (JAMB) forms to Senior School Certificate Examinations (SSCE) holders to further their education in tertiary institutions across the country.

The foundation also brought together university admission seekers in Lagos, particularly those in Badagry axis of state for career session talk where candidates were equipped with right arsenals on changing reality of the world and choice of career that could stand them out in the 21st century and digital-savvy age.

The organisation said that its aim was to ensure the admission seekers were armed with right information on a career path before they conclude on choosing a course of study during their Joint Admission Matriculation Board (JAMB) registration.

The Founder, Ejalonibu Foundation, Wusu-Babatunji Ejalonibu, said that the session was to ensure the prospective undergraduates could leverage on information provided during the session, saying adopting the advice given during the talk would spur them in making informed decisions that would position them for the changing world realities.

He added that the adopted initiative by the foundation was geared at providing useful information that would entrench mutual understanding that would help admission seekers in taking rightful positions in the fast-changing world.

Such sessions, Ejalonibu said, would propel the youths toward productive activities and understanding of what is needed in the 21st century that would prepare them as future leaders who could pilot the nation’s affair without hitches.

Aside from the session, Ejalonibu disclosed during the event which took place at Marina, Badagry, that the foundation rolled out free jamb forms to over 200 youth of Badagry with a view to supporting their academic pursuit through the initiative.

Addressing the beneficiaries, the founder who restated that the rationale behind the birth of the Foundation was to be of benefit to humanity, especially Badagrians, encouraged the youth to see education as a light to life.

“One of the reasons to have this Foundation is to help our people in Badagry. Youth groups are our priority and we are committed to their progress,” he said.

Furthermore, Ejalonibu urged the applicants to go with what they have natural passion for and be who they are by doing what could prepare them for future opportunities.

“Be who you are. Be good ambassador of Badagry and when you find yourself in my shoe, be of assistance to the less privileged. Applicants should take the pain of schooling to reap the fruits bountifully.” the philanthropic Ejalonibu remarked.

Corroborating Ejalonibu’s position, the Project Co-ordinator, Popoola Oluwapelumi, encouraged the applicants to shun violence and use the opportunity provided by the Foundation to add value to themselves.

“For students who scored 300 and above, the Foundation will take full responsibility of the scholarship of such students. For those on Medical and educational courses, the Foundation shall pay 50% of their tuition,” he said.

Reacting to the gesture, one of the beneficiaries, Hunkalin Deborah, said that more would be done on the prospective undergraduates part in ensuring the foundation’s effort does not go in vain.

“I sincerely appreciate the kind gesture of the Foundation and I promise to study hard not to disappoint the vision the Flu has for me,” she said.