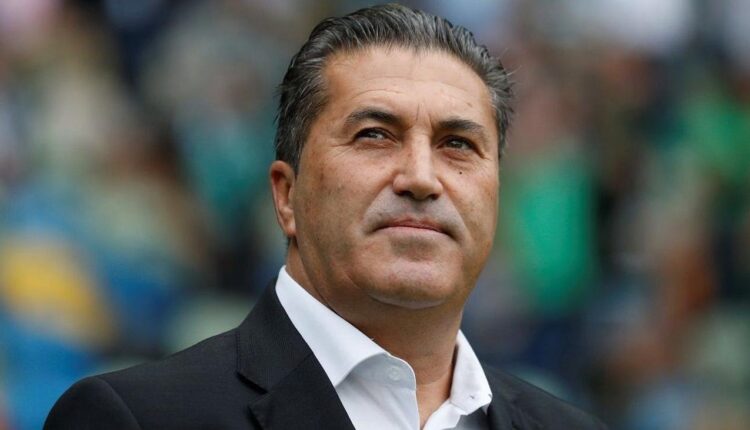 After several months of negotiation, the Nigeria Football Federation (NFF) has appointed a Portuguese football manager, Jose Peseiro, as the Super Eagles’ new head coach, as it intensified efforts toward rebuilding the country’s national team after missing out on 2022 Qatar world cup tournament.

NFF said that the appointment takes effect immediately and that Peseiro would be leading the Super Eagles to its upcoming tour of the United States of America, during which the three-time African champions would be engaging Mexico and Ecuador in an ‘A’ Teams friendlies,

The educationist with a degree in physical education/sports sciences would be assisted by former Suoer Eagles winger, George Finidi, while Salisu Yusuf would serve as the 2nd Assistant as well as head coach of the CHAN and U-23 national teams.

NFF added that Usman Abdallah is the 3rd Assistant while Eboboritse Uwejamomere would be the match analyst and another former Nigeria international, Ike Shorounmu, will continue with the goalkeepers’ training job.

In a statement released by the NFF on Sunday, the football body hinted that the contract would be concluded when the Venezuelan former coach would appeand his signature to the terms of agreement already prepared for the job.

“The Eagles will tango with the El Tri at the AT & T Stadium in Dallas, the State of Texas on Saturday, 28th May before flying to New Jersey to confront Ecuador at the Red Bull Arena in Harrison on Thursday, 2nd June.”

Peseiro, 62, it would be recalled featured as a striker during his playing days and has a wide range of experience coaching several clubs and national teams across Europe, Asia, Africa, and South America.

Aside from these, he worked as head coach of the Saudi Arabian and Venezuelan national teams, before parting ways with both countries.

Before Sunday’s confirmation, the Glass House had appointed Peseiro as the head coach of the three-time African champions following Gernot Rohr’s dismissal in December. Austin Eguavoen was handed an interim coach role to take Nigeria to the 2021 Africa Cup of Nations (AFCON).

Peseiro was then expected to be an observer during the competition after which he would take over and lead the country to the ill-fated World Cup play-off with Ghana.

But the NFF backtracked on the move after the AFCON, citing the positive performance of the team at the competition where Nigeria crashed out in the round of 16 against Tunisia.

“We believe that perhaps in the future, there could be an opportunity to work with him,” the NFF said while announcing the reconstitution of the Super Eagles coaching crew in February.

In the wake of the decision, Peseiro refuted claims that he was confirmed as the Nigerian head coach.

The former Porto FC boss wrote on his Instagram handle that it was a “fact that I never confirmed and these (negotiations) did not materialize due to disagreement regarding contractual clauses and financial matters.”

Days after the Super Eagles of  Nigeria failed to pick one of Africa’s tickets to the 2022 World Cup, Eguavoen, however, quit his post.