JUST IN: Court sends Kunle Poly to prison over Idumota… 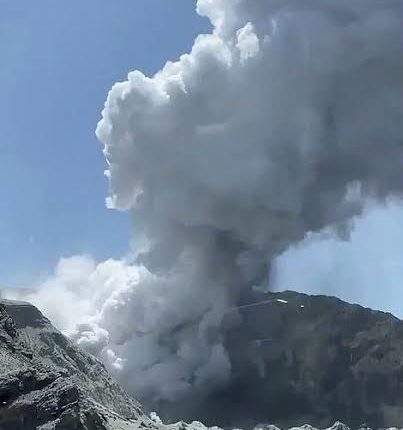 Surgical teams treating dozens of casualties suffering horrific burns after a deadly volcano eruption in New Zealand will be tested to the limits of their expertise, a London-based specialist said yesterday.

Jorge Villapalos, consultant in plastic surgery and burns at the Chelsea and Westminster Hospital, said his colleagues in New Zealand were world leaders in their field.

“I can only think of them working extremely hard and being taken potentially to the limit of their abilities,” he told newsmen,

“I would say that our colleagues in New Zealand have had maybe the work of a whole year thrown at them in a single day,” he said.

Skin from donors used to treat such injuries is stored in tissue banks under freezing conditions or preserved by chemicals.

Villapalos said he assumed surgeons will have contacted a tissue bank or companies that can provide large amounts of donor skin that could be flown to New Zealand.

“That skin exists and the challenge is essential to provide so much skin in such a short period of time. So they may need more than one tissue bank or more than one company to provide such a service,” he said.

Twenty seven people have suffered severe burns to 30% or more of their body and 22 are also on airway support due to the severity of their burns, New Zealand medical authorities have said.

They say they will need large amounts of skin to treat the patients and surgical teams are working around the clock.

“This is just the start of a very long process that for some patients will last several months,” Counties Manukau Chief Medical Officer, Dr Peter Watson, said at Middlemore Hospital in Auckland.