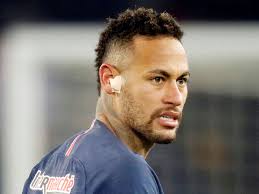 The Brazilian soccer star, Neymar, father has disclosed that ongoing negotiations  between Paris Saint-Germain and Barcelona over his son have not yet concluded, giving indefinite time for the top star movement back to Camp Nou.

The forward was linked with a return to the Camp Nou throughout the summer but remained at the Parc des Princes.

“The negotiations between the two clubs were not over. A Brazilian just wants to be happy where he is, and he was very happy in Barcelona. When his friends asked him if he would come back, he was moved.”

According to reports PSG sporting director Leonardo wants to move Neymar on in January rather than wait until next summer.

On part of Barcelona president, Josep Maria Bartomeu,  said a winter transfer to the Camp Nou will not happen, though, so it seems he’ll remain at PSG at least until next summer, unless he heads elsewhere in January.

Bartomeu recently offered an update on Barca’s pursuit of Neymar over the summer, per ESPN’s Samuel Marsden:

Bartomeu says Barca executed their plan in transfer market as they hoped this summer. Neymar was an option that came up later but says club couldn’t meet PSG’s demands. Says other clubs were negotiating for him, too.

Insists initiative for transfer came from Abidal, Planes, Valverde etc. Nothing to do with players, who would have spoke with Neymar once they knew what was going on etc.

Says Barca did all they could to sign Neymar but they never put names on the table for an exchange deal, those names came from PSG is the implication…

The club spent €255 million this summer on the likes of Antoine Griezmann, Frenkie de Jong and Junior Firpo.

Although they were able to get Philippe Coutinho off the wage bill by loaning him to Bayern Munich, any return for Neymar would have brought with it substantial expenditure.

Football writer Andrew Gaffney felt Barca were better off not signing him:

Neymar is one of the most special players in football behind the main two but he’s let PSG down at crucial times.

Also, the way he left Barça should have made it a non-starter to begin with.

Think the team/squad will be better for not signing him.

With Griezmann in the front three alongside Lionel Messi and Luis Suarez, fitting Neymar in as well would have been a challenge. It would also have significant implications for Ousmane Dembele’s future, as he would have little prospect of enjoying regular football behind the quartet.

What’s more, injuries have hampered both of Neymar’s seasons at PSG, and the club could not afford for him to be unavailable in the knockout phase of the UEFA Champions League.

If the 27-year-old does not leave in January, links with Barca will inevitably reignite next summer.

Suarez and Messi will be 33 then, so it could make sense to bring him back, but he needs to show he can remain fit for the whole campaign.