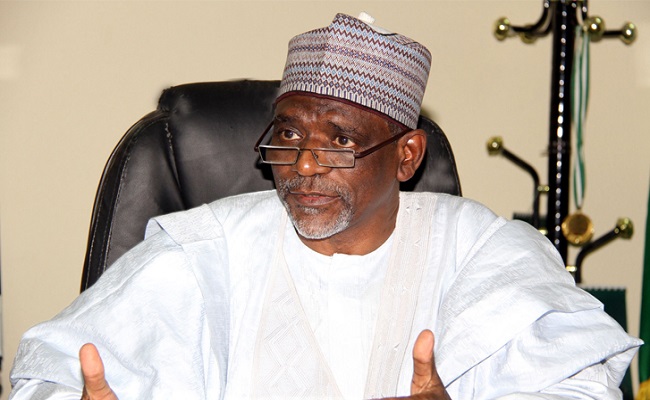 In a bid to fast track admission into unity schools across the country, the National Examinations Council has released the 2020 National Common Entrance Examination results and national cut off marks for return of academic activities after disruption occasioned by coronavirus.

The examination body explained that the national cut off marks had been pegged at 142 after careful consultations and considerations from relevant stakeholders in the education sectors across the country.

The Registrar and Chief Executive of NECO, Prof. Godswill Obioma, said that a total of 70,580 candidates sat for the examination nation out of which 24,416 candidates passed, scoring a minimum of 66.

Giving the breakdown on Monday while while presenting the results to the Minister of Education,  Adamu Adamu in Abuja, Obioma said that no fewer than 16,713 candidates were absent due to the protests against police brutality that rocked the country recently.

According to him, three students including Umeonyiagu Chinua Crucifixio from Anambra State (199), Onwuamanam Udochukwu from Enugu State (198) and Salaam Mariam Aderemilekun from Lagos State (197) got the highest scores in the country.

Speaking after receiving the results, Adamu said that he had directed unity schools principals to complete both  merit-based (60 per cent) and 30 per cent of equality of states admission within 72 hours of the receipt of the results in line with the government’s commitment to fast track admission process.

According to him, with the Unity Colleges now 110, admissions carrying capacity has been shored up to 26,625 for the current academic year.

“I understand that a total of 70,580 candidates sat for the examination, out of which 24,416 candidates passed, scoring a minimum of 66. I noted also that the total carrying capacity of our 110 Unity Colleges now stands 26,625, having added 720 slots with the establishment of six more Federal Science and Technical Colleges across the six geopolitical zones.

“As has been the tradition for decades, the admission criteria include 60 per cent strictly on merit, 30 per cent based on states’ representation in the Unity Colleges and the remaining 10 per cent to cover other sundry considerations such as special needs candidates, gender, local community and biological children of teachers, PTA, SBMC and old students organizations, etc.

“Consequently, in this year’s admission, the 60 per cent merit based on admission will come first, followed by the 30 per cent equality of states and 10 per cent discretion.

“I have, therefore, directed that within 72 hours of the receipt of the results, principals are to complete both the merit-based (60 per cent) and 30 per cent of equality of states admission.

“The selection meeting to be held at a designated date and venue will deal with the shopping and swapping of candidates to meet the 30 per cent states representation as much as possible,” he said.