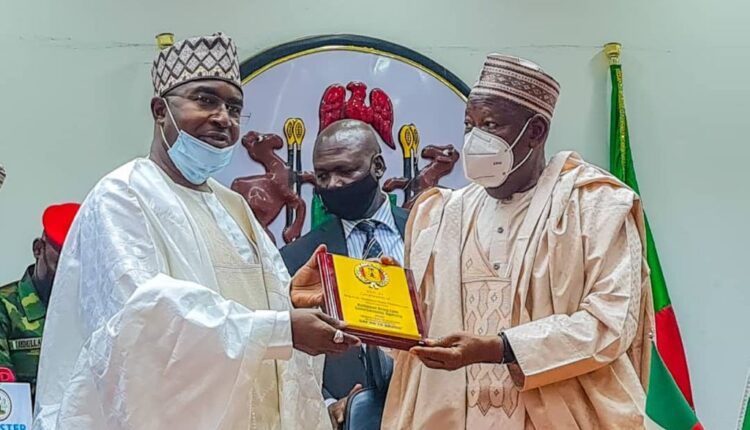 Atleast 1,630 of the 8, 634 drug traffickers arrested by the National Drug Law Enforcement Agency (NDLEA) have been convicted by different courts within the last eight months across Nigeria.

Aside from the conviction, over 3,232 cases, involving drug traffickers, were said to be at different stages in court within the period under review in the country.

Also, 2,776,000 kilograms of drugs worth over N100billion were also found with the traffickers and impounded by the anti-drug agency to avoid further use between January and August, 2021 in the country.

The statistics were released by Chairman of NDLEA, Brig. Gen. Buba Marwa (retd) during a courtesy visit to the Kano State Governor, Dr. Abdullahi Ganduje, office on Monday, as part of the ongoing War Against Drug Abuse (WADA) advocacy to prevent use of drugs by Nigerians particularly the youths.

Marwa, meanwhile, urged Ganduje not to support any bid to legalise cannabis Sativa by some elected officials including his colleagues in the country, saying NDLEA is currently doing so much to cut availability and accessibility to illicit drugs across Nigeria.

The chairman warned that any attempt to legalise the illicit substance use would further result into a setback for the progress made so far by the agency and other Non-Governmental Organisations (NGO) working against drug abuse in the country.

“With over 8, 634 arrests; 2,776,000 kilograms of drugs worth over N100billion seized; 1,630 convictions; 3,232 cases in court, and over 4,000 drug users counselled and rehabilitated between January and now, we are already making substantial progress in our drug supply reduction and drug demand reduction efforts.

“We are however convinced that the ongoing attempts by some of our elected officials to legalise cannabis which is being abused by over 10.6million Nigerians will be a drawback for the achievements so far”, the chairman added.

After listening to the statistics reel out by the NDLEA boss, Ganduje declared his opposition to any attempt to legalise cannabis Sativa in the country even as he assured that no lawmaker from the state would support such a bid on the floor of National Assembly.

While granting the requests for land and accommodation for a zonal command, the governor described Marwa as an upright man and that his achievements over the years was responsible for the appointment by President Muhammadu Buhari.