No specific treatment for monkeypox – NCDC 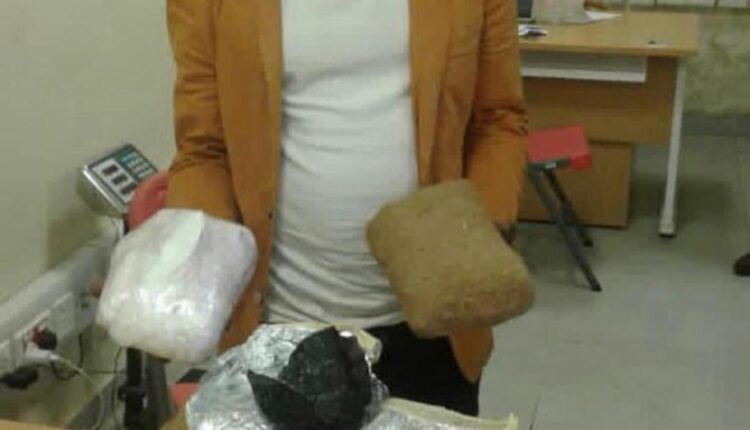 Three suspected drug traffickers have been detained by the National Drug Law Enforcement Agency (NDLEA) after intercepting over 7.1 kilograms of drugs worth over N2 billion during routine checks in Lagos State.

As gathered, the drugs intercepted by NDLEA personnel at the Murtala Mohammed International Airport (MMIA), Ikeja were 7.1 Kilograms of Methamphetamine, and 800grammes of cannabis Sativa discovered to have been concealed by the suspects in their different luggage.

Bright, who was aboard the flight for Spain, was said to have been arrested with 7.1 Kilograms of Methamphetamine, with a street value of over N2 billion, which he concealed in food spices and packed in a Swiss polo suitcase.

It was learnt that the suspect was apprehended by the agency personnel during the outward clearance of passengers on Air Marroc in Lagos.

For Adeyemo, The Guild gathered that he was arrested by the NDLEA Lagos command at SAHCO export shed where he was expected to board the flight bound for Dubai, United Arab Emirate (UAE).

NDLEA Seize Over N2bn Worth Of Illicit Drugs At Lagos Airport pic.twitter.com/kqBqXg852A

He was said to have been found with 800grammes of Cannabis Sativa and 19.950kg of green leaves suspected to be khat which was outlawed by the government.

The agency, in a statement by the Director, Media, and Advocacy, Femi Babafemi, on Monday, said that the items seized from Adeyemo were concealed in foodstuff.

During investigation after his arrest, the agency apprehended Asonye, who was also linked with the intercepted 800grammes of cannabis.

According to NDLEA, investigations are ongoing with a view to establishing more leads and getting the owner of the khat leaves arrested.

The Commander, MMIA Command of the NDLEA, Ahmadu Garba, who led the team, the closure of borders occasioned by COVID-19 pandemic is responsible for the surge in the price of these drugs.