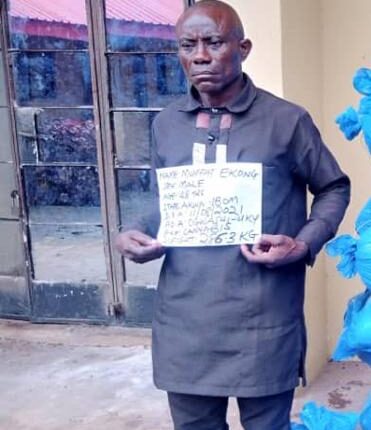 Others apprehended by the anti-drug trafficking agency during a raid of the states were a suspected fake soldier, Adeyemi Olamide, and Eze Ezenwanne, and 43-year-old Frank Obamwonyi.

While 48yrs old Ekong and Obamwonyi were apprehended in Delta state by NDLEA personnel, Olamide was picked by the agency in Maiduguri, Borno state capital, and Ezenwanne in Makurdi, Benue state. 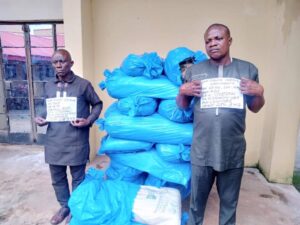 The arrest of the four suspected drug traffickers was confirmed by the Director, Media, and Advocacy, NDLEA Headquarters, Abuja, Femi Babafemi, through a statement released on Sunday.

“The Same day, a suspected fake soldier, Adeyemi Segun Olamide was arrested in Maiduguri, Borno state with 650grams of skunk while a Nigerian Army ex-staff sergeant, Muffat Ekong and one Frank Iredia Obamwonyi were arrested on Wednesday 11th August with 286.3kilograms of cannabis at Ogwashi Uku, Delta state on their way to Enugu State”, he added. 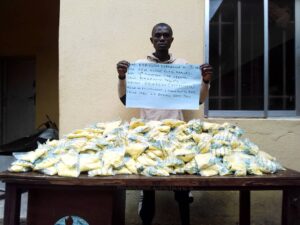 According to him, the Chairman of NDLEA, Brig. Gen. Mohamed Buba Marwa (retd) has commended the officers and men of the MMIA command as well as their Ondo, Borno, Benue, and Delta state counterparts for the huge seizures and arrests.

“He charged them and other commands to sustain the current momentum, assuring them that President Muhammadu Buhari recognises their efforts and would continue to motivate them to do more”, the agency’s spokesman added.