Just In: Sanwo-Olu ends isolation after recovering from… 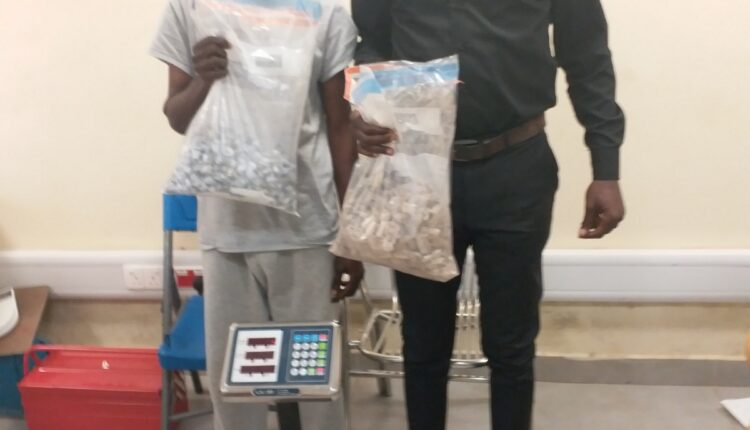 The National Drug Law Enforcement Agency (NDLEA) has arrested and detained a wanted drug baron, Stephen Afam, during a worship session at a popular pentecostal church in Lagos State.

Afam was arrested after he stepped out from the church building during a worship session at a popular pentecostal church on Mike Ajari street, Ojodu Berger axis of the state.

The suspect’s drug operations in the country were discovered after NDLEA officials intercepted a 69.65kilograms of cocaine, heroin and cannabis about to be exported to the United Kingdom (UK) through the NAHCO export terminal at the Murtala Muhammed International Airport (MMIA), Lagos, has been arrested at a church in Ojodu, Ikeja area of Lagos state.

Explaining how the alleged drug-dealer, who had been on the NDLEA wanted lists, was picked from his church on Sunday, the agency’s spokesperson, Femi Babafemi, said that a consignment of illicit drugs weighing 69.65 kilograms was about to be exported to the UK through the Lagos airport, barely 10 days ago.
Babafemi added that the suspect had sent a luggage containing illegal drugs to the airport for export through a freight forwarding company in Lagos State which in turn gave a driver to deliver at the NAHCO export shed for onward transportation.
“Following the arrest of the driver, follow up operations and investigations later revealed the true identity of the actual owner of the consignment, Stephen Afam Ikeanyionwu, who was arrested three days later in a sting operation”, the spokesperson added.