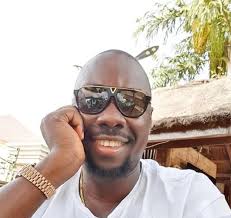 As gathered, Cubana was questioned for about five hours at the Abuja headquarters of the NDLEA before he was granted bail and asked to return at a future date.

The NDLEA spokesperson, Femi Babafemi, when contacted by our correspondent on Friday, declined comment on the issue and all efforts to get him speak on it proved abortive, saying no comment for now.

Earlier, it was learnt that the socialite was identified by the anti-drug agency after suspicious payments were made into his accounts by three convicted drug dealers from Malaysia, Nigeria, and India.

Sources said that due to the transfer made, the operatives of the NDLEA and the Economic and Financial Crimes Commission (EFCC) have now widened their probe into the socialite lifestyle and his business networks.

Another source from the agency said that the socialite was allowed to go home in order to get some documents that would be presented to the NDLEA to aid their investigations.

JUST IN: I am relying on social media to win 2023 presidential poll- Dele Momodu