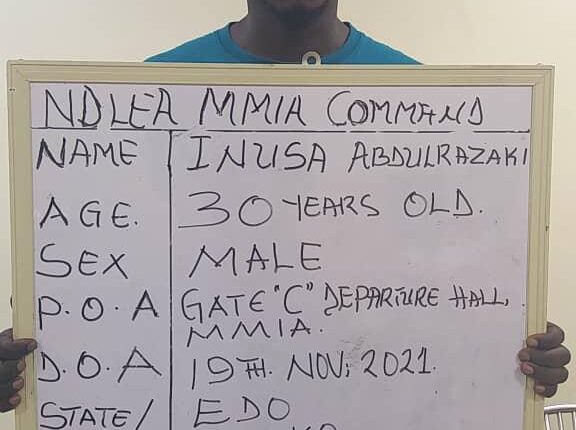 The illicit drugs were said to have been concealed inside cassava flour popularly called gari.

Adbulrazaki was intercepted on Saturday by the NDLEA operatives at Murtala Muhammed International Airport, MMIA, Ikeja, Lagos during a routine cargo search.

He was said to have been on his way to Italy via Istanbul on Turkish Airlines where he was to deliver the consignment when he met his Waterloo.

Confirming the arrest, the Chief Executive of NDLEA, Mohamed Marwa commended the officers and men of the NAIA and MMIA commands for their vigilance and steadfastness which had secured the arrest of the drug trafficker.

Marwa further urged the anti-graft personnel to always stay two steps ahead of the drug cartels with their dedication and consistency.