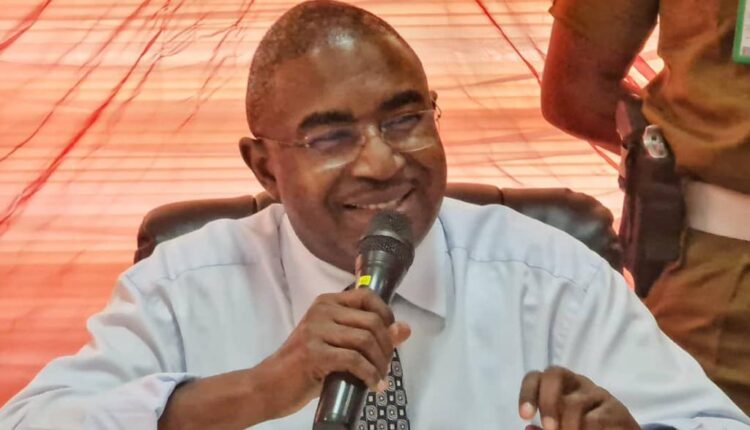 The National Drug Law Enforcement Agency (NDLEA) has disclosed the statistics of cash, drugs, and drug traffickers apprehended by its operatives from January to April 2021.

The agency said that over N90 billion assorted drugs, cash were intercepted while a total of 2, 175 drug traffickers across 14 states in Nigeria were arrested in four months.

A statement by the Agency’s Director, Media, and Advocacy, Femi Babafemi, quoted that the chairman and chief executive of the NDLEA, Retired Brig. Gen. Buba Marwa disclosed this on Monday in Abuja during a ceremony to present the best performing commands for March and April and presentation of commendation letters to outstanding officers and men.

According to the agency, the NDLEA boss also disclosed that within the period, out of the 2,175 suspects arrested; 2,000 cases were filed in court, and 500 convictions were secured.

Marwa said the agency had spent the past four months implementing various measures aimed at repositioning the agency, with emphasis on strengthening the capacity of its officers.

He said that the agency in return had reaped high-impact, far-reaching results that left no room for any doubt about the efficacy of the strategies adopted.

The NDLEA chairman added that the results, however, justified the agency’s efforts saying that the evidence was clear for everyone to see.

According to him, we would not have been able to arrest 2,175 drug traffickers.

“And neither would the seizure of 2,050,766.33 kilograms of assorted illicit drugs have been possible if you had chosen to do just the minimal work across your various commands.

“If our approach has been one of business, as usual, we would not have been able to seize drug and cash valued at over N90 billion in just four months.

“Think of what a fraction of that could have done to the various criminalities in Nigeria. “The filing of about 2,100 drug cases in court with over 500 convictions was made possible by the collective efforts of our officers and men who decided to go the extra mile.

“Today, it is part of our records and collective credits that we are not only breaking down the high walls shielding drug cartels but also reining in drug barons. “So, every one of you, our officers and men, spread across the country made the achievements possible,” he said.

The NDLEA boss, however, assured the officers and men that the agency would not rest on its oars.

Marwa added that the offensive action would not stop until the streets, communities, towns, and cities have been cleaned up of any remnant of illicit drugs.

“Of significant interest is our current investigation of an N30 billion slush fund believed to be proceeds of drugs,” he said.

Marwa charged the officers and men to sustain the hard work, adding “reward for good work is more work”.