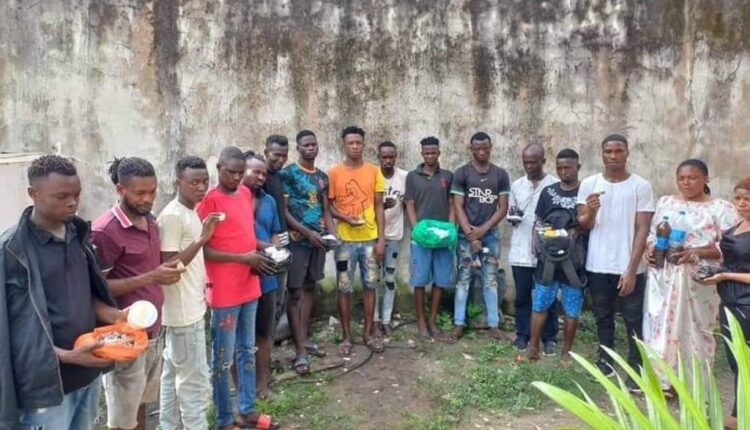 No fewer than 110 drug dealers were said to have been arrested and detained by the National Drug Law Enforcement Agency (NDLEA), during different operational raids of their hideouts across nine states.

Of the 110, Director, Media and Advocacy, Femi Babafemi, through a statement on Sunday, said that at least 40 were arrested across Lagos with the assistance of the men of the 149 Battalion (Rear), Nigerian Army Cantonment, Ojo Local Government.

Seven others were equally arrested in different locations in Lekki area of the state. They are: Emmanuel Sunday; Buhari Ibrahim; Kudus Taiwa; Samuel Jeremiah; Adebayo Adams; Joshua Madube and Mary Jane Nweke. While one Okoropo Mathew was arrested in Obalende area of the state, four others, Sulaiman Hammadu; Olalekan Abiodun; Lukman Kamarudeen, and Toyeeb Isa were nabbed in Agege area of Lagos.

No fewer than 17 suspects arrested by men of the 149 Battalion (Rear), Nigerian Army Cantonment, Ojo, were also transferred to the Agency for further investigation. Seized from the suspects are different quantities of Cocaine, Heroin, Tramadol, Methamphetamine, Diazepam, Cannabis, and other psychoactive substances.

In Benue, the arrest of a 19-year-old female drug dealer, Mngunengen Achir with 5.5kg Cannabis and 112grams of Diazepam on Wednesday 6th October in Aliade area of the state took a disturbing twist when other members of her cartel abducted a retired NDLEA personnel from that community who they assumed was still a serving officer, took him to a forest and demanded the release of the suspect in custody before their victim would be freed. 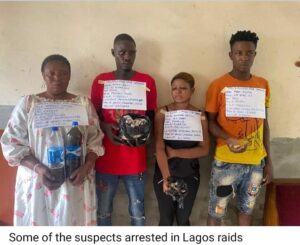 The raid of the house of a drug kingpin in Ruga area of Mararaba, Karu LGA, in Nasarawa led to the recovery of 30 bags of cannabis weighing 362.5kg while in Akwa Ibom state, three male suspects were arrested on Wednesday 6th October during a raid of drug joints in Oron area with over 25 kilograms of drugs seized.

In Ondo, a notorious drug dealer at Ogbani-Oja Okitipupa, Okitipupa LGA, Adedugba Adeyemi, a.k.a Oyinbo, was arrested in his fortified den, where different quantities of Cocaine, Heroin, and Skunk were recovered. Seven other suspects were arrested in some drug joints in other parts of the state, including Shasha market, Akure North LG; Asolo camp, Usho, Owo LG; Albert Link Street, Finger Licking hotel and Shittu street, all in Akure, the state capital.

In Kano, one Shamsuddeen Muhammad was arrested with 21.6kg cannabis, well-concealed inside empty cartons, while in Oyo state, no fewer than 12 persons were arrested at drug joints raided and dismantled across the state. Some of the destroyed black spots include: Alfa area, Sabo motor park, Idisin Ijeru area, Odo Oba, Gambari in Oyo area; Igboro joint in Saki town, Agberele forest joint in Saki west LG; Ago Are market in Atisbo LG; Eleyele motorpark, Eleyele forest, Apete complex, Sabo garage, Ojoo, all in Ibadan as well as Odo Oba, Ogo Oluwa LGA.

In Kwara, no fewer than 38 suspects were arrested and 29.585kg of assorted drugs including Cocaine, Meth, Tramadol, Diazepam, and others recovered from them across seven drug joints in Lafiagi. In Rivers, at least three persons were arrested from drug joints in Oyigbo and Kara oil mill area of the state on Saturday 9th October.