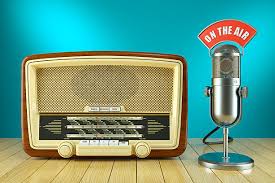 The National Broadcasting Commission (NBC)  has fined  a Lagos based radio station, Nigeria Info, N5 million for allowing the station to be used s tool for inciting public, n action the regulatory described s unprofessional, saying its action was inline with its newly reserved code of broadcasting.

As gathered, the radio station conduct contradict NBC’s regulation enshrined for broadcasting and that the action of the commission was reached after a guest on-air incited the public against the government.

The guest, a former deputy governor of Central Bank of Nigeria (CBN), Dr. Mailafia Obadiah, was said to have uttered statements during a programme believed to contraven ethical standards sets by the corporation for radio stations.

During the programme aired on August 10, 2020, between 8.30am and 9.00am, Mailafia statement was discovered by the corporation to have violated extant codes.

Through a statement released on Thursday, the regulatory body stated that the station provided its platform for the guest, Dr. Mailafia, to promote unverifiable and inciting views that could encourage citizens to engage in crime that could lead to public disorder.

“Dr. Mailafia Obadia’s comments on the Southern Kaduna Crisis, were devoid of facts and by broadcasting same to the public, Nigeria Info 99.3FM, is in violation of the following sections of the Nigeria Broadcasting Code”.

The commission stated that the punishment was meant to serve as deterrent to other broadcast stations in Nigeria who were quick to provide platform for subversive rhetoric and expositions of unverifiable claims.

NBC stressed that it would not hesitate to suspend licence of any broadcast station that continue to breach the Code which they signed on while applying for their licenses.

According to the code, no broadcast shall encourage or incite to crime, lead to public disorder or hate, be repugnant to public feelings or contain offensive reference to any person or organization, alive or dead or generally be disrespectful to human dignity.