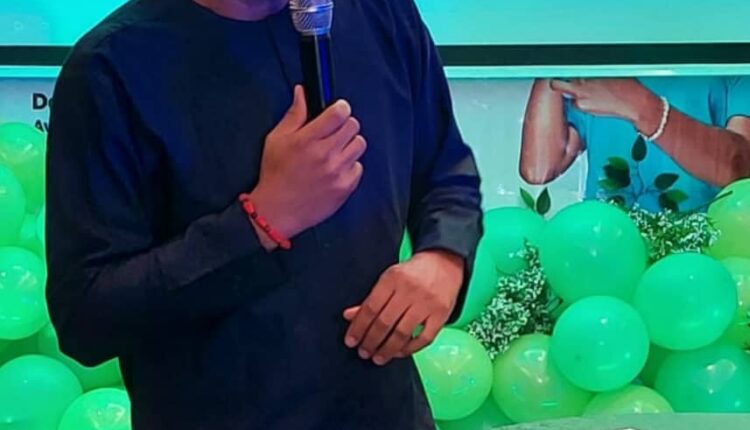 MBA said that the country’s visual content creators had moved away from analog systems to the digital space which was more convenient, less expensive and reduced reduced Nigeria unemployment rate.

The NBC former boss noted that viewers have began to fully embrace the digital space to get entertained but that the cost of data had been an issue which the government needed to intervene to perfect the total switch from analog to digital in the country.

He made the call at the launch of a partnership between an online television, Ibakatv, and telecommunications giant, Globacom, which aimed at providing “Free Data Product,’ held at Ikeja.

The partnership has led to the unveiling of a Video On Demand OTT streaming service that offers a library of premium Nollywood movies for Nigerians within and abroad.

According to the partnership, the new product provides subscribers with free Data and has a no restriction offer from Glo Nigeria.

Mba, while addressing eminent Nigerians that gathered at the launch, said: “I can say from the report that 70 percent of the data consumed in Nigeria are spent on watching videos created by the content providers online.

“People in the creative sector are moving so fast in the digital world to create content, but the challenge is that the data price is still very high.

“The smart way to go is affordable devices to the people, how to integrate payment platforms to the people, and ease of use, especially among the people. The policymakers should engage more in liberalizing the digital content creators to generate more revenue for the government,” he added.

Mba noted that government had not done enough to properly understudy how the creative industry works, adding that there were many contents that could be explored for revenue generation.

“Film industry is the only sector that allows quacks. It is when you create contents that you become a filmmaker. On the content and connectivity, it is true that content will drive the future and there is a need for content within the digital space to make things relevant, he said.

“Whoever that is able to understand and bring content and connectivity at the right place wins the lead. The right thing for the government to do is to encourage the content creators and make sure that more people have access to data because if it is cheaper, it will at the same time brings high return. The creative industry can be rightly positioned and emphasis should be made on prime contents and exclusive contents, he said.

“The subscribers will have to sign up using their Glo line and enjoy an amazing free data offer that allows users to stream, download movies, and surf the internet with no restrictions.

“The subscription on the Glo line goes as little as N600 a week that gives 3GB of data for free without restriction, or N2000 per month to give 4.1GB for free.

There’s also a subscription plan of N5000 that gives you 13.25GB data for free, also without restrictions, and more offerings like that; this is what we are offering, he said.