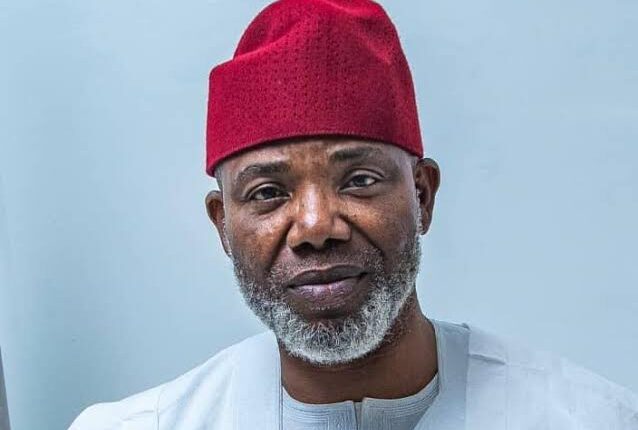 The National Hajj Commission of Nigeria (NAHCON), and Jaiz Bank Plc have announced that the duo would be joining forces to come up with a standard Savings Scheme for Muslims faithful across the country.

As stated, the collaboration had been formed in line with steps toward securing the Central Bank of Nigeria (CBN)’s license for the operation of the scheme as a full-fledged model.

NAHCON Executive Chairman, Zikrullahi Hassan, said that upon perfection, the scheme was expected to boost economic growth, entrench savings culture among low-income groups, and lift people out of poverty.

Speaking on Thursday after signing the agreement designed to fast-track the scheme’s implementation, the chairman explained that the scheme was enshrined in NAHCON Establishment Act, 2006 as a contributory payment scheme for prospective Muslim faithful wishing to undertake Holy Pilgrimage to Saudi Arabia.

According to him, every Muslim faithful, who intended to perform the Hajj could be enrolled in the scheme through the Pilgrims’ Welfare Board in all the 36 states, agencies, commissions, and NAHCON offices across the country.

“Enrolment can also be done directly from the comfort of room by logging into the dedicated site of the scheme. Subscribers can also deposit at their convenience, and the amount they want to contribute over a specific period to be determined by them.

“Deposits made will be invested in low-risk Sharia-compliant products which will be monitor by the commission and profit share among stakeholders. In line with the provision of NAHCON ACT, 2006 and in consultation with the board, we shall in due course constitute a Board of Trustees to be submitted to the government,’’ Hassan said.

Also, Secretary to the Government of the Federation (SGF), Boss Mustapha, advised the Muslim faithful to imbibe the saving culture and long-term planning in order to key into the Hajj family.

Represented by the Permanent Secretary, General Service, Office of the SGF, Olusegun Adekunle, Mustapha urged the board and management of NAHCON to secure the license from the CBN in order to deploy the full-fledged scheme under a special purpose vehicle.

He noted that promoting national cohesion and social inclusion was one of the core principles upon which the present administration’s Economic Growth Recovery Plan (ERGP) was built, and that the government encourages programmes that have positive socio-economic impact on Nigerians and that the Hajj savings scheme was one of such.

“The success of similar schemes in some countries gives us the hope that Nigeria by virtue of its population, constituting one of the largest Hajj contingents will succeed in this endeavour and usher in a new era in the history of Hajj management to meet and possibly surpass the best in the world today.

“It is my sincere hope that all stakeholders in this scheme will give their all so that Nigeria will not only have a scheme which we can be proud of, but one that others will learn from,’’ he said.

The Chairman, Board of Trustees, Jaiz Bank, Umar Mutallab, said that the bank was committed to the success of the scheme, and that the collaboration would ensure smooth license for the scheme.