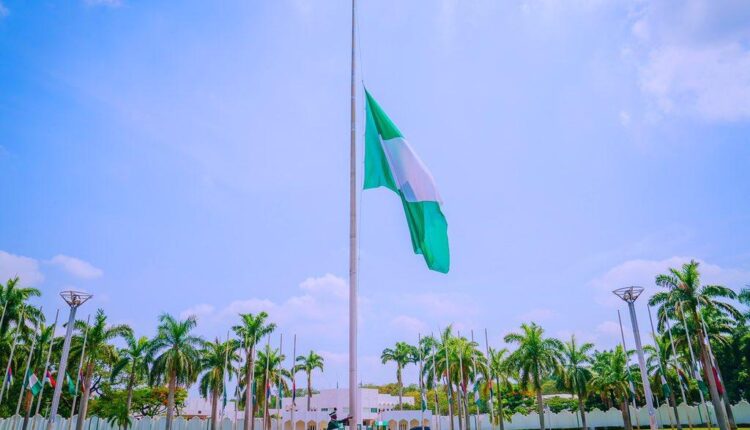 As part of measures aimed at honouring late Chief of Army Staff, Lt.-Gen. Ibrahim Attahiru and other military officers, the Federal Government has directed public buildings and facilities across the country to fly the National Flag half-mast

It added in mourning and appreciating the contribution of the late heroes, the fag would fly half-mast beginning from Monday (today) to Wednesday across Nigeria.

Secretary to the Government of the Federation, Boss Mustapha, through a statement issued on Monday, said that President Muhammad Buhari gave the directive

Mustapha said that the directive was to honour Attahiru and the other 10 senior military officers who lost their lives in the plane crash on May 21.

The SGF also announced that the president had similarly approved May 24 a work-free day for members of the Armed Forces.

It would be recalled that Buhari had earlier reiterated his administration’s commitment to support families of late heroes involved in the ill-fated plane crash in the areas of welfare and other germane to their wellbeing after demise of their fathers, brothers, husbands and sons.

He added that the move was part of measures aimed at showing the country’s gratitude to the families for the roles the departed heroes played in securing the country from internal and external aggression, a task they paid the supreme price for.

Buhari personally described Attahiru as an outstanding soldier and an institution builder, who fought valiantly for Nigeria until he breathed his last, adding that other victims’ patriotism and belief in their COAS as right person for the job led to their tragic end.