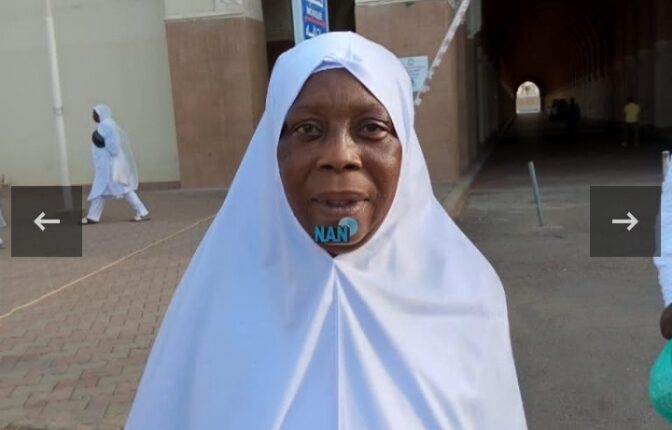 A Nassarawa State female pilgrim, Aisha Ahmad, has been confirmed to have died after a brief illness in Saudi Arabia.

Ahmed, who is from Keffi Local Government Area of Nasarawa state, was said to have died after an undisclosed brief illness which circumstances are yet to be identified.

Confirming the death on Wednesday, in Makkah, Saudi Arabia, the Executive Secretary, Nasarawa State Muslim Pilgrim Welfare Board, Idris ,Al-Makura said that the deceased had no record of ailment before departing from Nigeria.

Al-Makura disclosed that the deceased was only known to have been sick for two days earlier before her dead but nothing trace to any medical history.

“The deceased had no medical history as at the time of departure to the Holy Land and we are together in Madinah. The pilgrim took ill two days ago.

“She was first taken to the National Hajj Commission’s Hospital in Makkah and later transferred to the King Abdulaziz Hospital where she passed on. The family was duly informed of the death.

“We sent the family a video recording of the process of her death confirmation, to the funeral rites and finally, the burial,’’ he said

On his part, the young brother of the deceased, Bala Ango, said that her demised was a great loss to the family and that she would be greatly missed by all.

He said that she lived a life worthy of emulation by the younger generation.

Ango described her as an embodiment of piety, adding that she was always promoting the ideals of Islam at home and within the neighborhood.